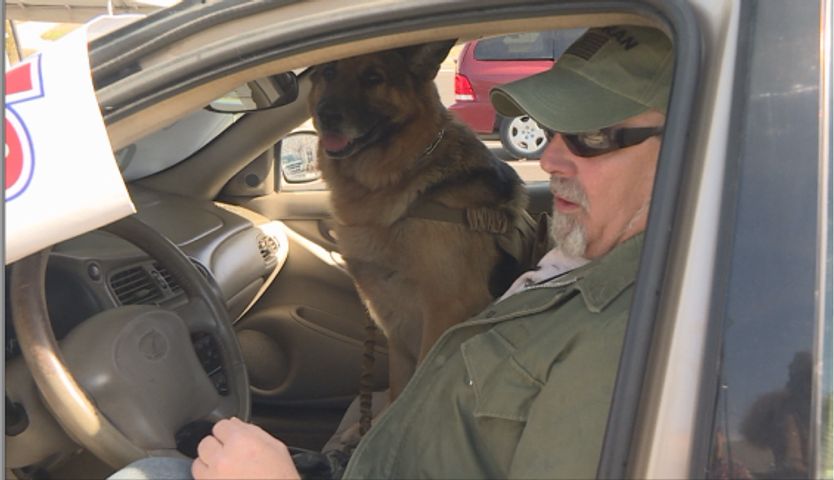 Brian McNeil used to rely on public transit and walking to get from point a to point b. Now, thanks to Cars 4 Heroes and Welcome Home, he has a car of his own.

COLUMBIA - Welcome Home and Cars 4 Heroes teamed up the day before Veterans Day to donate a car to a vet who needed one.

Cars 4 Heroes, a Kansas City group that donates cars to veterans who need them, surprised local Army-vet Bryan McNeil. Welcome Home, a shelter that aids veterans in Columbia, hosted the event. McNeil was a resident there for a little under a year, and by March of 2016 he was back on his feet.

"I've always heard you're just a paycheck away from the streets, and I found out firsthand that's no joke." McNeil said.

A car crash in 1986 cut McNeil's tenure in the Army short. Major injuries to his hip, knees and shoulder led to his honorable discharge from the service. The injuries still affect him today.

"I had some major surgery done while I was at [Welcome Home]," McNeil said. "I had to relearn how to walk all over again."

Without a car, McNeil was forced to rely on public transportation and walking to get to his doctor's appointments and do everyday errands. Welcome Home suggested he apply for a car donation from Cars 4 Heroes.

Terry Franz, the founder of Cars 4 Heroes said people donate cars to the group, and it fixes them up before giving them away.

"Almost everyday we're giving a car away to somebody, and it feels wonderful," Franz said.

The group gives away around 200 cars a year nationwide, Franz said. In Kansas City, he's known as the 'Car Santa.'

Franz said McNeil was a perfect candidate for the group's mission. McNeil was under the impression he was still going through the application process when he came to Welcome Home today.

"I got a ride here today, and I'm not gonna need a ride home now," McNeil said. "It's a sense of independence and some people take it for granted."

"We want to start out in Columbia and tell everybody in the Mid-Mo area we're looking for cars to be donated so we can help some veterans," Franz said.

McNeil has some advice for his fellow veterans who are in a dark place.

"You might have to let go a little bit of pride to ask for some help," McNeil said. "You'll do yourself a service if you ask... It'll come, just be patient."

More information about Cars 4 Heroes is available on its website.