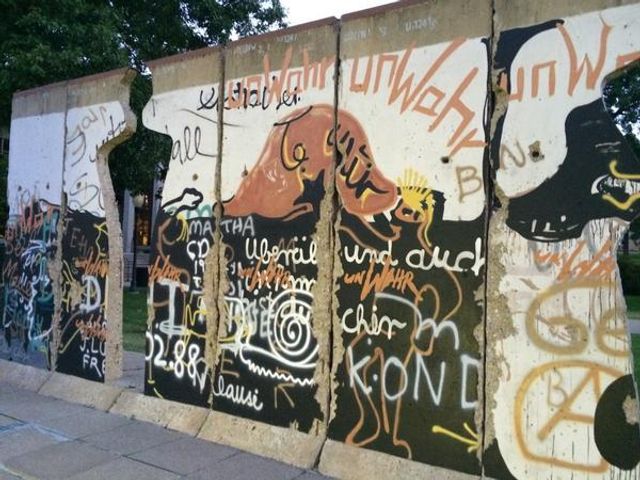 FULTON - Westminster College will present its annual Hancock Symposium Tuesday and Wednesday, with this year's theme: Arts and Culture. In honor of the 25th anniversary of the Berlin Wall coming down, the title of the event is "So, You Say You Want a Revolution? Arts and Culture in Action."

The symposium was created as a yearly way for students and faculty to step outside of the classroom to learn. Each year's symposium has a different theme, and notable professionals from within those industries are present to hold seminars and to teach.

Director of Media and Public Relations for Westminster College Rob Crouse said, "Even though this symposium is on the arts, we will have the arts as it affects mathematics, for those majors. We'll have some political science breakout sessions that relate to the arts, so whatever discipline you're studying, you can find something at the symposium."

Kurt Jefferson, Director of the Hancock Symposium said, "We didn't just want to focus on music for the music faculty and students, or focus on drawing and painting for those students, we really have to plug it into all areas, like business, education, physics, science, politics. We have to find something that appeals to the interests of all 1,000 students and all 700 faculty members."

This year, for the first time, the symposium will focus on the arts in action, to try to bring more of a global perspective.

"The whole theme of the symposium is not just arts but the impact the arts have had on society, and how we can change things for the better," said Crouse.

One of the headlining events will be a "We Are the World" Coffeehouse, where students will perform the anthem penned by Michael Jackson and Lionel Ritchie. The event will raise funds for a women's and children's village in Rwanda.

"We really felt that would be a neat way to get students and others involved in helping them, making donations, seeing the community service part of it," said Jefferson.

Other notable guests include Andy Paris, who co-wrote and acted in both the play and film "The Laramie Project," and songwriter Sir Bob Geldof, who wrote the song "Do They Know It's Christmas" to raise relief money for Africa.

"These events are all very different from the traditional symposium where we just have lectures and it's more of an academic symposium. We're trying to make it something lighter, something more fun, more enjoyable this year for all kind of folks and the arts are the best way to do that." said Jefferson. "They're the most practical, the most applied, the most interesting, and it's something totally out of the box which we think is going to be a lot of fun for this symposium."

All events are free and open to the public, both Tuesday and Wednesday.