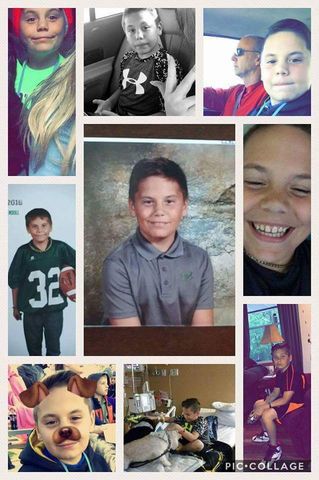 MOBERLY – The entire Westran School District did not have classes Friday so staff and students alike could attend the funeral for a high school freshman, who passed away Monday.

The district made the call to use its one allotted snow day so the community could attend the funeral and visitation.

“We have a 175-day calendar. By missing today we will go to 174. We had one snow day built into our calendar. And like so many kids, Gage loved snow days, so we figured what the heck, let’s just give him a snow day,” said Kelly Shelby, the superintendent of Westran schools.

Shelby said it was an easy call, and there was not one staff member or student that did not personally know Gage.

Hundreds of people showed up to the visitation, including Westran High School’s football team. Mike Aulbur, principal of Westran Middle School, said Gage was the team's manager this year and the middle school team's manager in past years.

“He jumped right into anything there was and wanted to be a part of it. I know, for me, he helped me grow as a person and realize there are other things out there you know that we can always help people with,” Harvey said.

Harvey, Shelby and Aulbur all said Gage inspired others to stay positive, even through tough times.

“He was a very hard worker. Always had a smile on his face and got along with everyone. He was a popular kid and a great role model for kids, because he’s been through some adversity in his life just approached it with a positive attitude,” Aulbur said.

“I think that’s something that he instilled in a lot of people that you can do a lot of things to touch others, and he was really good at that,” said Harvey.