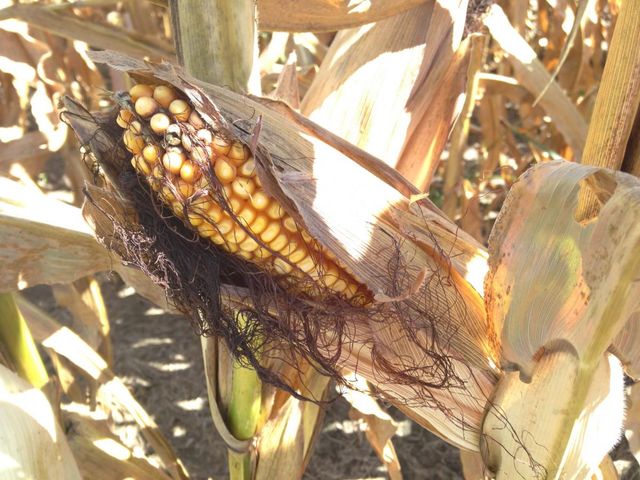 KINGDOM CITY - Heavy rainfall this summer is leading to a lower yield of corn and soybeans and lower prices for these crops.

"This is probably about the worst conditions I've ever had. 1981 was very similar. We had a lot of conditions where it was just so wet we couldn't get things planted," said local farmer Fred Atkinson.

Atkinson owns 3,600 acres and most of it is used for his corn and soybean crops. He struggled to get most of his crops planted because the weather was not working in his favor.

"It rained so much that it just washed the nutrients out of the soil and the crops were pretty sickened and didn't do very well because they didn't have enough nutrients to develop properly," he said.

He plants his corn seeds in April or May. He didn't plant his last seed until July 5.

It was the same story for his soybeans. They get planted in June, but his last seed wasn't planted until July 17, all thanks to the copious amounts of rain.

All Atkinson can do as of now is wait it out and hope that his crops can mature before the frost comes.

"Traditionally, we get a frost about the 7th or 8th of October. But the last few years we've been fortunate that we didn't get one until November. If we're lucky like that we should get a fair crop, but if it frosts early its going to nip the yield pretty badly and we probably won't get much out of it," he said.

Atkinson plans to lose close to a million dollars, but his insurance will not be able to cover enough of the losses that this year has caused.

Pat Westhoff, director of the Food and Agricultural Policy Research Institute (FAPRI) at MU, said that the rainfall has casued crop prices to fall already.

"We've already seen a slow down in consumer price inflation. Food price inflation was roughly 3 percent last year. It seems to be roughly 2 percent this year and we project to drop to about 1 percent next year," he said.

Westhoff said that there was a surplus of crops in 2014 and that Missouri is still living in the aftermath of that.

"These are the lowest prices since 2009, since the recession, for most farm products," he said.

All Atkinson and other farmers can do now is just wait it out.

"There is not too much to do. Just have to wait it out and hope for the best," Atkinson said.