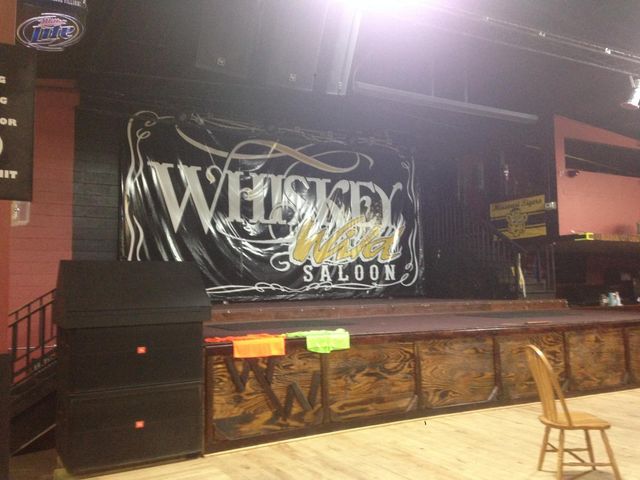 COLUMBIA - Whiskey Wild Saloon is in the process of reopening after a four-month vacancy involving unpaid assets and employees.

Many former workers met at the saloon Thursday night to start preparing for a pending grand re-opening.

Whiskey Wild Saloon will no longer be open to the public every weekend as a regular bar, but will feature entertainment on nights that are confirmed by booking agents. When it's not otherwise booked, the venue will be available for rent by the public.

Chad Martin owned the bar for four years and is now back in charge. He said his company, DAC Entertainment, has been feeling out the new business model at KC Country in Kingdom City for the last four months. Martin said it is very successful so he wants to bring it to Columbia.

"We wanted to put everything together and get across to everybody that we aren't open every weekend like we use to. Whiskey Wild is back with the original staff, original owners, original ideas, but we are going to try this new custom built business model," he said.

Martin said, at first, he was not looking to sell the saloon but made the decision after Ben Bradley made an offer this past summer.

Bradley took over Whiskey Wild for five months before it was forced to shut down in October. He was accused in court of failing to pay Martin for the entire of the assets.

"I'm pretty trustworthy and, because I am, I expect the next person to be, too. After awhile things started getting a little fishy, you start realizing what's going on here. When I found out the things I found out, then we all knew," Martin said.

He said it wasn't hard to find out something was wrong.

"I had a lot of people that still worked here and, every step of the way, I had a pretty good idea of what was going on. We treat people right, we do what we are going to say, and we are very organized," he said."People were coming to me asking where has Whiskey Wild Saloon been? What happened? That says a lot to me and that this is a little bigger than I thought it was."

Employees said Bradley did not pay them what they were owed.

"I've come to realize that I'm just not going to get it, so just going to back up and go at it again," Martin said.

He said he is taking back what is legally his.

"It's always been mine. Legally was never sold and the documentation supports that. So it wasn't hard to get back and get back in here and protect my assets that were in here. I was more worried about that then anything. Getting back in here, it was enjoyment to be able to control it again," Martin said.

One employee, Sheila Bagley, left during the summer when Bradley was in charge. She said she is excited to return and see how the new plans pan out.

"I missed the people I worked with. I missed the excitement. A lot of the people who were tight-knit together, we all separated during the summer and now we are all back," Bagley said.

Revamping is the next step before the saloon can reopen.

"It was a mess and it wasn't how I left it, so I at least wanted to get it back to there. But also, with reopening, everybody is so excited to come back in here and I wanted to be able to make it different. It's got to be different somehow. I wanted to bring in a few things they aren't use to seeing, so when they come in here they notice, oh wow this is back."

Martin said the team's goal is to keep going with this business model as long as it works.

"I think that the opportunity is out there for Columbia and surrounding counties to be able to rent this venue and become more of a part of Whiskey Wild Saloon, more than just being a customer. They can come in here and it's their place. We help facilitate and manage it, but they run their own party," Martin said.

Whiskey Wild Saloon has already received numerous requests to rent the place out, he said.

The saloon will officially open March 2 for a few private events. There is a calendar online to view events or schedule one.