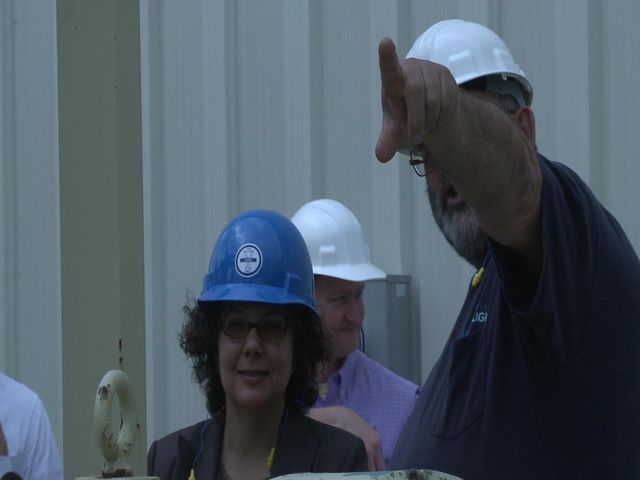 COLUMBIA - President Obama's principal environmental advisor, Nancy Sutley, spent Wednesday morning getting acquainted with some of Mid-Missouri's renewable energy efforts. Sutley, chair of the White House Council on Environmental Quality, first met with Columbia officials to hear more about what the city is doing with green projects around town.

Obama recently introduced an "all of the above" energy policy which is meant to seek out alternative energy sources while reducing consumption of traditional fuels. Sutley said the future of this is already present in Columbia. "It's important for the whole country that communities like Columbia are taking the initiative to do this and it's very beneficial for the community," Sutley said.

After the meeting, Sutley toured the city's Landfill Gas Energy Plant. The plant burns methane gas from the landfill and produces enough energy each day to light 1,500 homes.

At the plant, Sutley said she decided to visit Columbia because it stood out as a community that was doing a lot in clean energy in the environment so it was someplace she wanted to see and hear about. She also said the impact of what the city is doing could have implications on the national level. "These impressions will feed into what we recommend to the government in terms of things we need to do as a federal government," Sutley said.

The city says within five to ten years the Landfill Gas Energy Plant is expected to supply 2.5% of Columbia's electric needs.