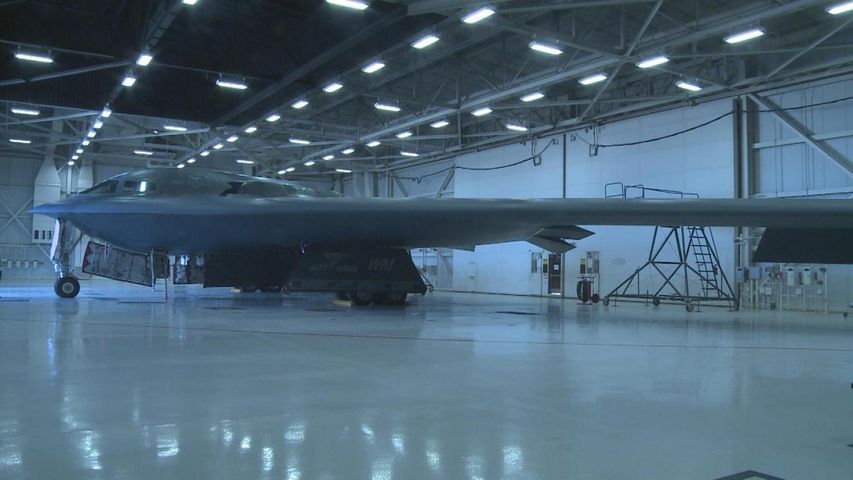 WHITEMAN AIR FORCE BASE - Whiteman AFB is celebrating the 20th anniversary of the arrival of the first B-2 stealth bomber, the Spirit of Missouri.

The B-2, which can carry nuclear bombs, is considered the most advanced aircraft ever built. All 20 of the B-2s are based at Whiteman in Knob Noster, Missouri.

But the plane flying at Whiteman these days is a lot different than what first arrived two decades ago. Because of the changes in technology since the plane was introduced, the Air Force has spent billions modernizing the B-2.

"So the B-2 is basically 80's technology - the best that they had in the 80's," B-2 pilot Capt. Matthew Burrows said. "But they continue to upgrade the aircraft so that the B-2 that came out in the 90s is not the same aircraft that we're flying today. It's the same shell of an airplane but the insides are quite different."

For one thing, the "magic paint" covering the plane has been upgraded. Plus, the cockpit software and communications systems have been updated. And another big change - the aircraft has been equipped with the latest smart weapons.

In the past, mission planners had to carefully calculate bomb trajectory based on winds, air speed, altitude, and other variables. Now, the crew merely send GPS coordinates to the weapons and the bombs take care of the rest.