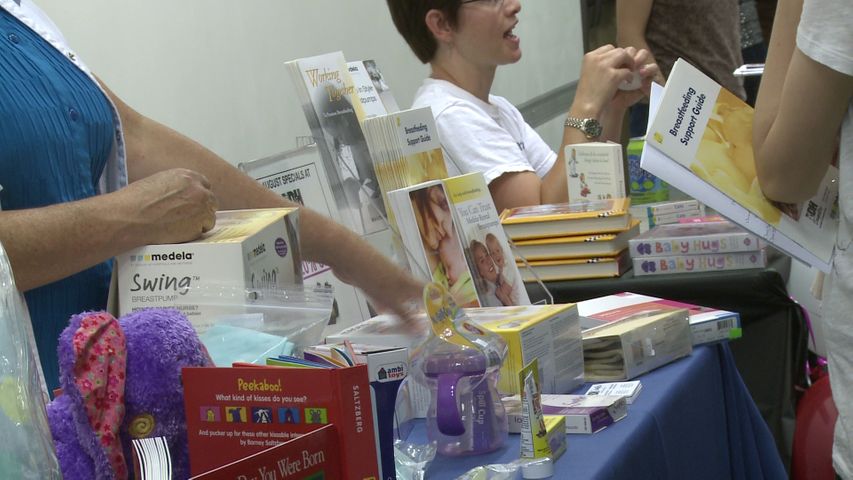 Breastfeeding peer counselor, Stephanie Rodriguez, said that although WIC appears to some as a place to get baby formula, it is actually a strong supporter of breastfeeding.

"It's something that can save the U.S. billions of dollars in health care and yet it's something that I don't think we promote as much as we could," Rodriguez said. "I think that the promotion that we do, do is a little bit outdated."

WIC unveiled its new photo campaign aimed to spruce up the outdated style of  breastfeeding promotion at the celebration.

"The [pictures] are a little more hip than people might think of breastfeeding as," Rodriguez said. "I think breastfeeding kind of needs a makeover."

Rodriguez said that not only does breastfeeding provide babies with healthy benefits, but it also has wonderful effects on mothers. Breastfeeding helps mothers get back to their pre-pregnancy weight and reduces the risk of breast cancer, she said.

Kayce Lucas, an attendee at the party, said that breastfeeding her baby was an experience that couldn't have been matched by any other.

"I think that it is a shame that [breastfeeding] is so taboo in America," Lucas said. "That is why I am here, to break down those walls."