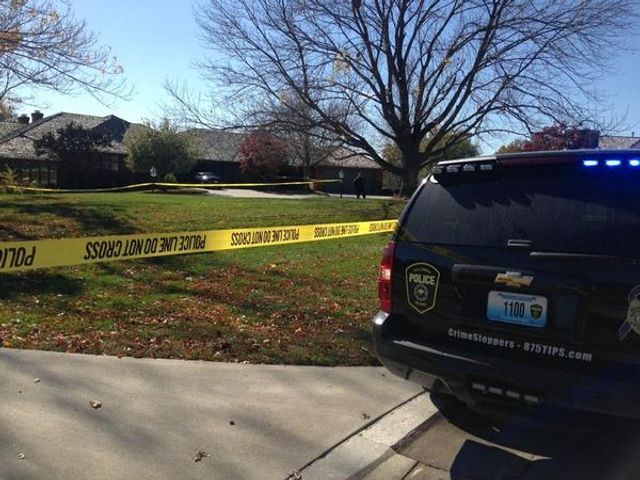 COLUMBIA - An 88-year-old central Missouri man has been arrested and charged with fatally stabbing his 86-year-old wife.

Donald Marvin Rowland was charged Friday with first-degree murder and armed criminal action. The Boone County prosecutor requested cash-only bond of $1 million, but it was not clear Friday night if Rowland was jailed.

Officers said Friday they got a 911 call from a woman who said she found her mother dead in her home of a possible gunshot wound. Police added the husband was sent to the hospital, but wouldn't confirm the nature of his injuries. Donald and Betty Rowland own the home at 3426 Woodrail Terrace in Columbia. The daughter said she came to check on her parents because she hadn't heard from them in awhile.

In a probable-cause statement, police said Donald Roland stabbed his wife, Betty Rowland, in the chest and had what appeared to be self-inflicted injuries. The statement said the victim and the suspect were lying in bed next to one another when officers arrived.

Investigators said Rowland told officers he did not want the couple to be a burden on their family.

Emergency responders rushed the Donald to the hospital with serious injuries.

People in the neighborhood told KOMU 8 News they heard reports of gunshots in the area. Police would not confirm the gunfire. Neighbors said the victim was not in good health and had recently been diagnosed with multiple sclerosis.

Below is a map of the location of the incident.

(Editor's Note: Information from The Associated Press contributed to this report.)