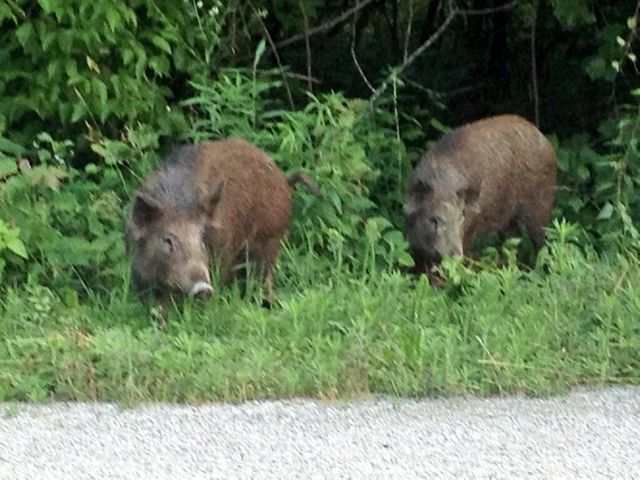 COLUMBIA - Two wild boars were spotted on the Katy Trail in Rocheport Monday, but the Missouri Department of Conservation told KOMU Tuesday that it killed the boars.

Conservation Agent Sean Ernst said the boars were charging at people on the trail and tore up the yard of a local business.

"In the short amount of time they were there, they were very destructive," Ernst said. "On top of being an invasive species that breeds rapidly, they present a huge habitat degradation problem."

Protection Regional Supervisor for the department Tom Strother said there is no need to worry about wild boars in mid-Missouri.

"There just seem to be these pockets that pop up," Strother said. "And why they pop up? It could be because somebody just got tired of feeding them or let them out of the pen, but we don't have a wild boar population like some other states such as Texas."

Strother said the department wants to keep wild boars out of Missouri, and anyone that runs into one can legally shoot them on sight. Strother said if you don't have a gun, the best way to deal with boars is to back away slowly with no sudden movements.

Ernst said he searched for a few miles on the trail for other boars after shooting the two spotted, but he was unable to find anymore. He said the department is still on the lookout just in case, but they are confident there are no boars on the Katy trail now. If you do see a boar, the department advises to call your local authorities.