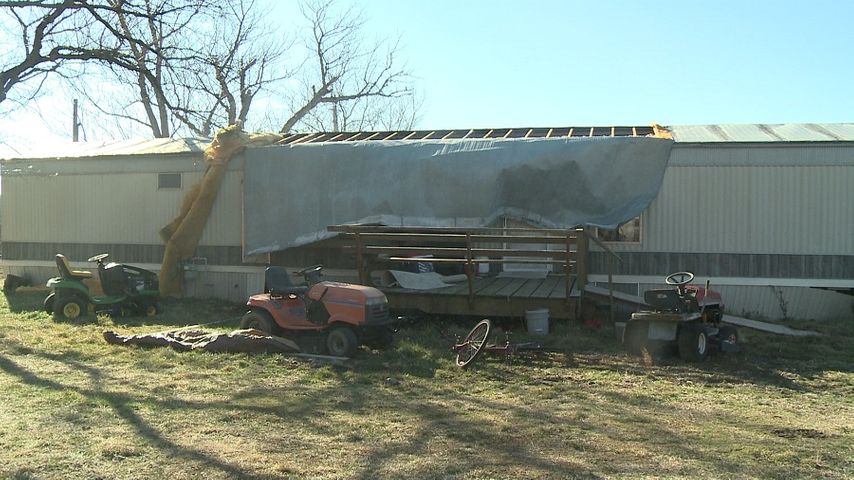 ELSTON - An Elston family is missing about a third of its roof Monday after high winds tore through this Cole County neighborhood Sunday night. According to the National Weather Service, wind speeds averaged almost 30 miles per hour on Sunday, with gusts to 47 miles per hour.

The Cole County Sheriff's Department said winds ripped off part of the two-member family's roof Sunday evening. A deputy responded to a call made by a man on behalf of his brother and sister in-law who lived in the home. The deputy contacted the Red Cross to help the family with any immediate needs and to provide a motel for the two.

The owner of the trailer said he's surprised by the damage.

"It's fairly new. I mean for six years we haven't had a leak on the trailer and all at once the roof goes flying back. So it was some pretty strong wind," Dale Schulte said.

None of the other homes in the area appeared to have received any damage. The Red Cross said it did not respond to any other wind damage calls this weekend.