Winning isn't everything for the Tolton football team 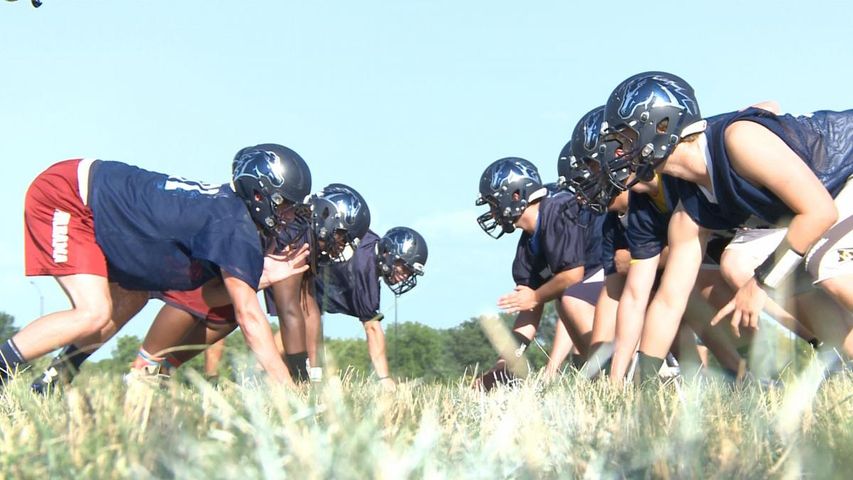 COLUMBIA - The Tolton Catholic football team is used to being the underdog, winning only three games in the past two seasons.

Friday, the Trailblazers won 63-0 over Harrisburg, a far stretch from their opening game in 2013, when they lost 56-0 to eventual state champ Valle Catholic High School. But for Tolton, winning isn't everything.

Senior wide receiver Christian Elliot said, "I don't know if I would prefer coming out with this year's start versus last year's start."

For Elliot, it's all about his team showing progress.

"To me it's not about whether we come out with a win like that or a loss as much as it is we get better as a program, and as a team," he said.

But no matter if the Trailblazers win or lose, 24 hours later, Coach Chad Masters said it's like the game never even happened.

"We are never allowed to celebrate or dwell on a win or loss for more than about 24 hours," Masters said "We come back around on a Saturday morning. We've flushed it. We've moved on."

Elliot said, "By the time it comes to film the next morning, we know it's time to flush that loss, and move on to the next week."

But if the wins keep coming, so will new added pressure. The former underdogs are now favorites.

"On Friday night, we were expected to win, quite frankly, and that's not always fun because then you have a big letter on your back," Elliot said. "You know you're going to get the 'A' game from the other team."

Masters said pressure is what you make of it.

Now Tolton will have to prove that Friday night's blowout win wasn't just a fluke.

"We can't be playing our best football at this point in the year," Masters said. "It's got to be at the end when it really counts."

Winning might not be everything, but it never hurts to come out on top.