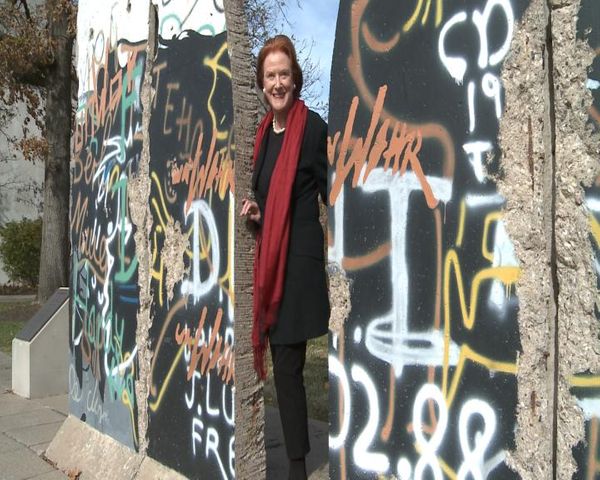 The speech comes on the 25th anniversary of the fall of the Berlin Wall.

"I did that on purpose, because I wanted to show the way of making freedom out of unfreedom and I think that when I come here again and again I like to walk through the walls, through the spaces where people could come into freedom," Sandys said.

"I like to feel that people, even though they're not concerned with what happened 25 years ago in Berlin, they can imagine it as a fit way of making your own breakthrough," Sandys said.

She also said the purpose of her speech is to teach people that they can make a difference.

"What they can learn is it took a lot of people to change things in the Communist world and people thought 'well we can't do anything' and I think whatever we're doing, you can say even though I can't do the whole thing, I'm only one person, I think if people join together, even individually, they should voice their opinions."

This is not Sandys' first time back at Westminster College. She came to the school back in 1990 to dedicate the wall as a representation of the end of the Cold War.