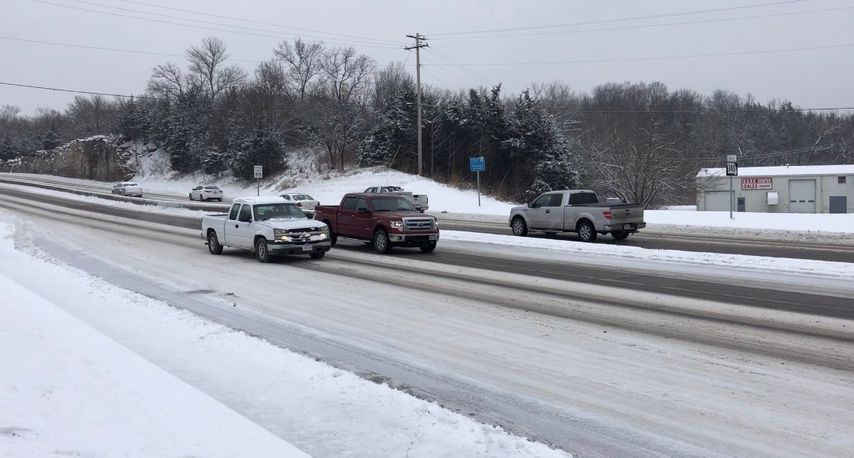 COLUMBIA — Although the snow looks peaceful, area roads have been anything but.

Missouri State Highway Patrol reported Sunday night that they received over 1,600 calls for service, with over 500 being for stranded motorists.

One woman from Columbia said her commute to work has been horrible. Alyssa Jackson said she had to stop at the gas station to grab windshield fluid and a scraper to help make the day easier.

"Winter is not my favorite time of the year at all," Jackson said. "I just spent like an hour trying to get out of the neighborhood. So it hasn't been the best morning."

In a press release, Columbia Public Works said they had a 28-person plow crew working a 12-hour day Monday.

KOMU spent the morning on the roads in Columbia and noticed that certain main roads, like Stadium Boulevard, did not see a plow until midday.

"Even 70 wasn't paved properly," Jackson said. "I am just kind of confused why Columbia, and Missouri in general, doesn't take more time to pave the roads properly and make sure citizens are safe."

One man from Columbia, Joe Hiebel said that he has four wheel drive and hasn't had much trouble.

"You've got to be cautious," Hiebel said. "Just be careful."

Columbia Public Works stated that "motorists are encouraged to stay tuned to local forecasts, give themselves extra time for their commute and to drive with extreme caution."