Winter Storm Too Much for Many Boonville Trees 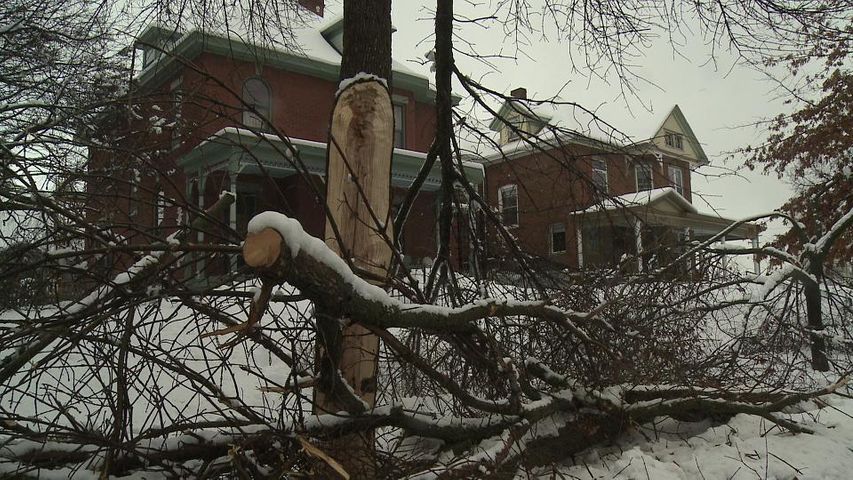 BOONVILLE - Residents dealt with downed tree limbs and branches along with the snow and ice after Tuesday night's winter storm.

Mangled sticks and limbs lined the streets, sidewalks, and lawns of Boonville's residential district. Tuesday morning residents shoveled, plowed, and cut their way out of their homes and driveways.

Boonville public works crews managed to have the streets clear of debris this morning.

"I was actually kind of grateful that it was only the gutter and it didn't knock out any windows or land on the roof and take the roof out," said Bauer.

The only injury from the storm reported was to a Boonville police officer when a tree limb fell on his parked car with him inside according to the Boonville Police Department. That officer was taken to Cooper County Memorial Hospital where he was treated for neck pain.