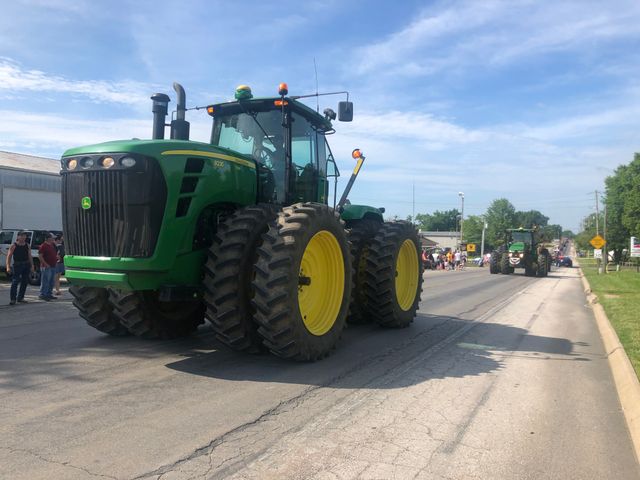 ASHLAND - The Annual July 4th Tractor Parade took place on Main Street in Ashland on Thursday, with families and kids looking on to see parade's participants and cheer them.

Michelle and Ben Prichard brought their kids - Brody and Garth - to Ashland to show them a parade for the first time.

Brody said she liked tractors, but the candy was her favorite part.

Ben Prichard said he finds it helpful that the community comes out and does events like this.

"It was a great time, and we appreciate the municipality of Ashland to have us here, putting this on for the community," he said.

9-year-old parade participant Alden Bullard was driving a tractor by himself. He said it's his third parade in Ashland.

"I feel excited to be in a parade," he said.

Bullard said his family has a problem with flooded farmlands.

Parade participant from Hartsburg Steve Van Drimmelen said there are "a handful of farmers" who own the land along the river and don't have flooding problems.

"It was a year to put hay for the livestock and to have it in winter," he said. "For what I've heard, the yield is almost twice what it was last year."

Drimmelen said he finds the event this year especially important, as it helps farmers to feel support from the community.

Director of Public Affairs for the Missouri Farm Bureau Eric Bohl told KOMU 8 in June the bureau doesn't have the exact number of farmers affected, but it's "been huge."