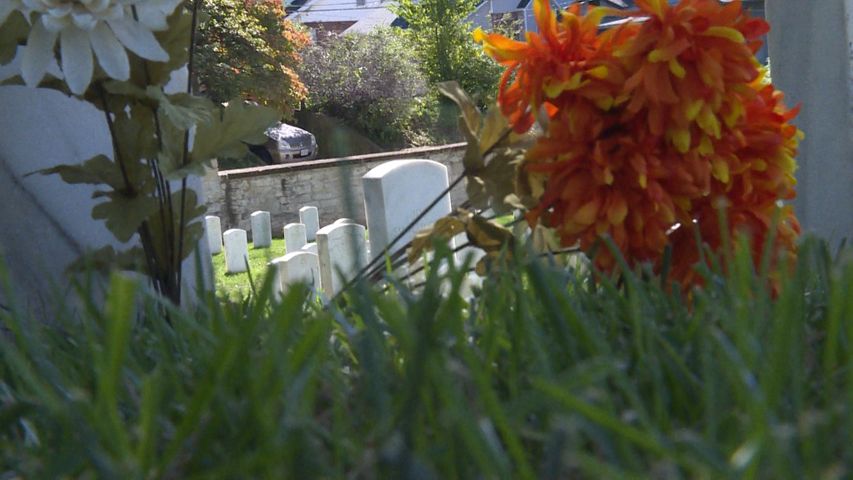 The cemetery now has 1,792 white granite headstones and is closed to new interments.

"There are more people buried here than that because spouses were buried with their spouses and independent children," DeLong said. "So there's more bodies."

DeLong said they've been looking for suitable adjacent land, and they decided on East Miller Park. The idea is, in order to expand the cemetery, the park could be moved to the other side of U.S. 50, which runs alongside it.

"With that expansion, we will a little bit more than double the size of the existing cemetery," he said. "We're thinking we can get somewhere around 3,000 sites for veterans in this area."

Rackers said the problem should've been solved a long time ago.

"Honestly, I don't know why we had overlooked it for all these years," he said.

DeLong said he thinks the reason might be connected to the Vietnam War.

"The military wasn't real popular," he said. "I know that when I returned from Vietnam, we were called names, spit on, and stuff like that."

Chris Leuckel, president of the Parks Commission, said the land on the south side of the highway is about the same size as East Miller Park, but is longer and more narrow.

"It's kind of a big deal for our community to be able to potentially give that land over to the national cemetery," he said.

Leuckel said the next step for them is diving into the proposal a little deeper and then presenting back to the committee or commission.

"We sure hope to get something back in the next couple months to where we can decide if we're going to move forward, if we can move forward," he said.

Hentges said they're finally starting to get a little momentum. He said he got involved in veterans issues bearing a memory for his friend who was killed in Vietnam.

"I made a promise to him that day that he would not be forgotten, that he did not die for nothing," he said. "That's kind of been my cross to bear in life as I want to make sure he's not forgotten."