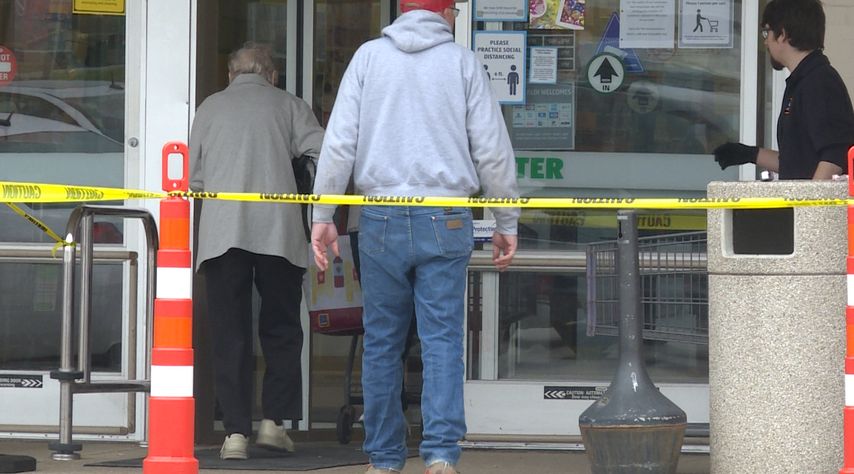 MEXICO – On the first day of Missouri’s statewide stay-at-home order, communities without prior orders in place are now falling in line.

One of those cities is Mexico. While the Audrain County Health Department had been recommending social distancing in accordance with DHSS guidelines in previous weeks, there was no official order for residents to stay home until the statewide order took effect Monday morning.

Essential business are still open, but are limiting how many customers can go inside.

Westlake Ace Hardware is one of those business. Even though it’s still open, employees said the store had a different feel Monday.

“It’s really, really calm,” employee Josh Atkinson said. “In the weeks before, we had tons and tons and tons of customers just flooding into the store.”

Even though Mexico hadn’t had any mandated restrictions until Monday, businesses in town were taking things upon themselves.

“A lot of our restaurants here in town, the lobbies have been shut down, a lot of them have been curbside delivery,” Atkinson said.

But Monday was still a first day for some closures in Mexico.

“I’ve got to close our playgrounds down,” Mexico Public Schools Director of Operations Curtis Jackson Said.

“The city is closing their facilities today, so we’re following suit with the city,” Jackson said.

Even though he was not under any order to stay at home until Monday, Jackson voluntarily limited the time he spent outside in previous weeks.

“My wife does the shopping,” Jackson said. “This is my first day out. About one day a week we try to get the grass mowed and try to keep the facilities up to date.”

He said in the 41 years he’s lived in Mexico, he’s never seen anything like the current situation.

“And I hope to never see it again either,” he said.