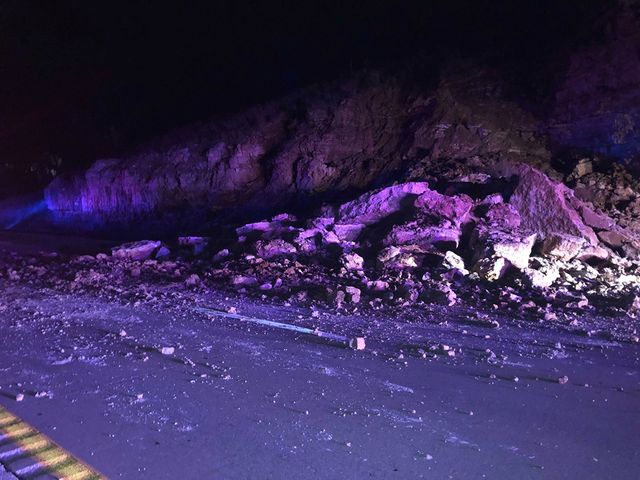 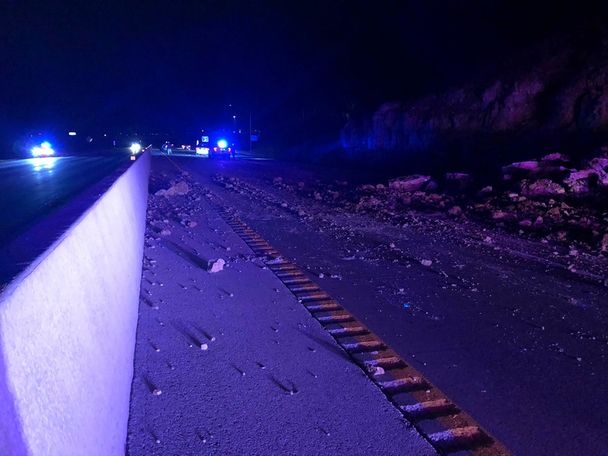 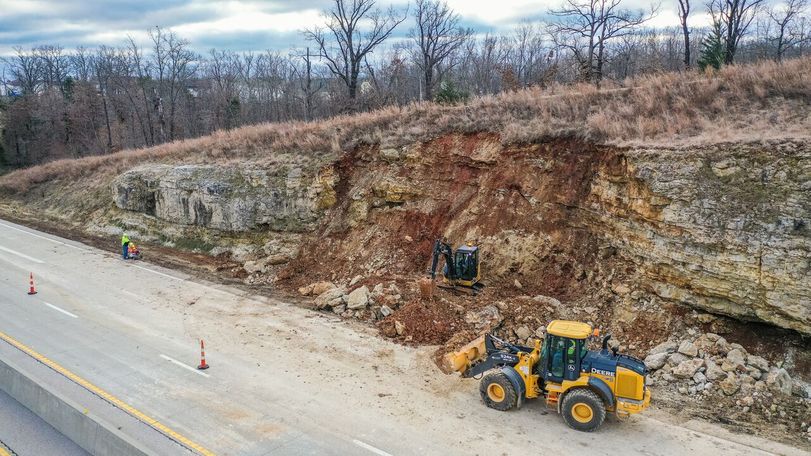 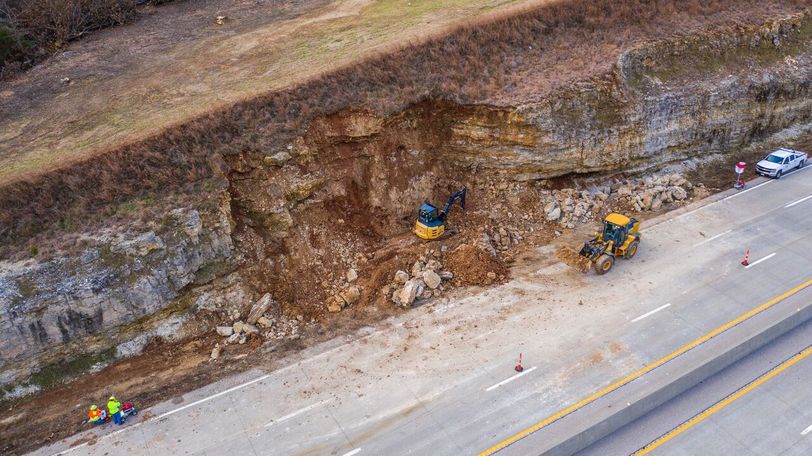 OSAGE BEACH - The Missouri Department of Transportation said one lane of Eastbound State Highway 54 and Eastbound ramp to Case Road will remain closed indefintely. The decision follows after a "large rock" fell in the roadway late last Sunday.

In a news release, the Osage Beach Police Department said 34-year-old Victor Bautiasta, of Osage Beach, was traveling eastbound when the rock caused front-end damage to his vehicle. He was transported to Lake Regional Hospital with minor injuries.

Another man, 84-year-old Fred Hanssen Jr., who hit a large rock in the roadway was not injured, but his vehicle was damaged.

His wife, Cheryl Hanssen, says the rocks came out of nowhere.

"Out of the corner of my eye I've seen lots of rocks and I'm thinking that we are too far over from the side of the road," she said.

Cheryl Hanssen said they got scared when the car hit the rock and stopped.

Bob Lynch, area engineer at MoDOT Central District, said the department does not know what cause the slide yet but recent rains might be to blame.

"We do know that there was rain over the weekend, heavy rain in the area," he said. "We'll just have to see if that was part of the issue."

The Hanssens said they saw it coming.

"Each time the rain would come, you would see more and more of the gravel wash away," Cheryl Hanssen said.

She said they are hoping the MoDOT will get the responsibility and pay for their damaged car.

"It's kind of like with the pothole: when you hit the tire, they'll pay for it," she said.

MoDOT asked for the geologists' help, to make sure no more rocks will fall.