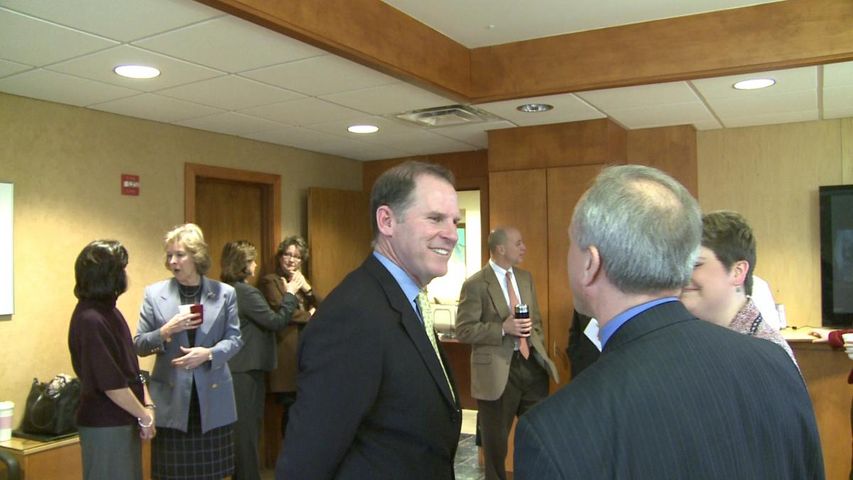 Wolfe met with the media after a brief reception at University Hall. He talked about different challenges he would face as the new president.

When addressing the budget issue, Wolfe said he appreciated the support by the governor to reduce the proposed budget cut for the next fiscal year from 12.5 percent to 8 percent. He also pointed out the challenge to "invest the dollars" wisely.

"What we're trying to do is to make sure our strategies and goals that have been defined by each of our four campuses and health care services and our extensions are supported by the financial plans, not vice versa."

Wolfe said he would meet with the four campus chancellors next week and make recommendations of appropriate tuition increase to the board of curators.

"Best decisions come out of conversation," Wolfe said. "We should look outward for solutions instead of inward."

The attached video went out to all UM employees Wednesday morning.