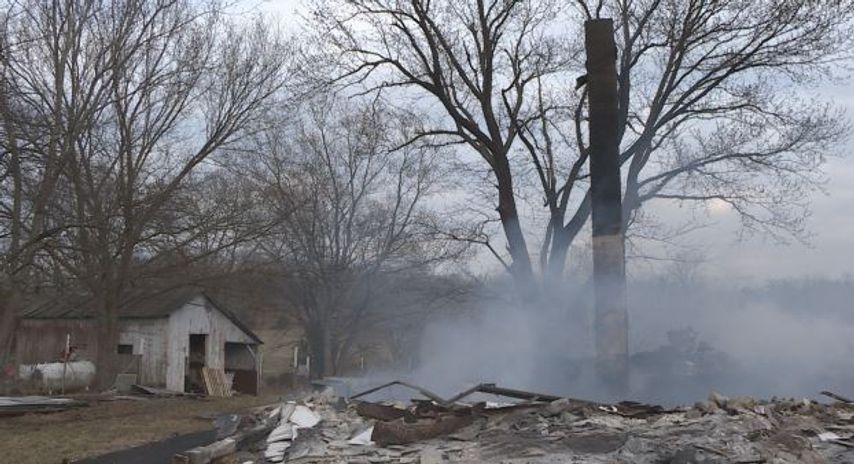 MILLER COUNTY - Police have released the name of the woman found dead in a home that caught fire Tuesday evening in Miller County.

The house caught fire again Wednesday. When crews got there, the structure was engulfed in flames and had caved in.

Miller County Sheriff Louie Gregoire said someone reported an explosion, but there wasn't one.

"Somebody said they heard a loud bang, which we believe was either ammunition or something to that effect inside the house," he said.

When firefighters from Cole County arrived, they couldn't get inside because of the intense heat and flames.

"We responded with eleven vehicles and set up a tanker shuttle," said Cole County Fire District Protection spokesman Steve Cearlock. "We were fortunate enough to have a dry hydrant directly across the road from this where we could obtain water out of the lake."