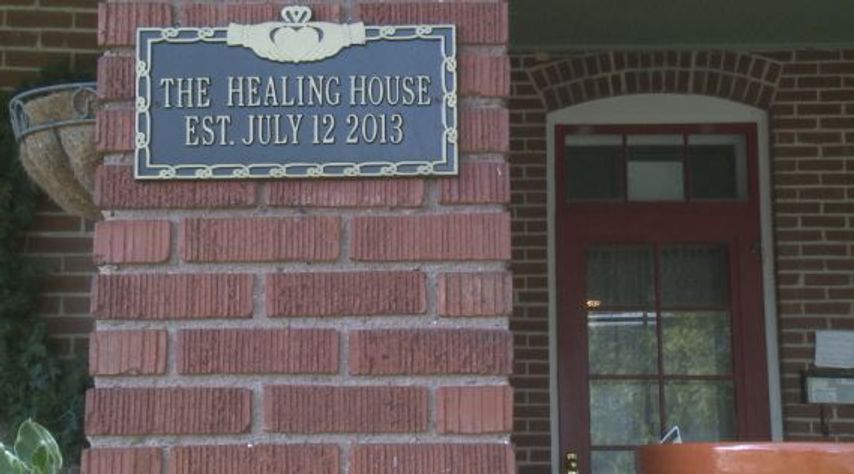 JEFFERSON CITY - To Heather Geick, life now stands in sharp relief to her past.

"People recognize me, but they don't recognize me," she said. "They're like, 'is that you Heather?' and I'm like 'yup.'"

Born in Jefferson City, Geick lived the first two decades of her life in what she now describes as "extreme dysfunction". As National Recovery Month comes to a close, her story can help shed light on the struggle of addiction.

Geick says she remembers first being exposed to alcohol when she was just 5.

Geick said the people around her contributed to her addiction.

"Everybody that I knew and hung around with in high school used drugs and alcohol," she said. "I ended up dropping out in my junior year. I dropped out and moved out of my home and began living on my own."

From there, Geick found herself in an unhealthy relationship.

After spending nine months in a treatment center, Geick moved to Lynn, Missouri. Despite her efforts to stay clean, she began to use again.

"Whenever I came out of treatment, there wasn't a lot of recovery. Normally you would start going to meetings, you would work the steps, you would get a sponsor, and I didn't have any of that."

She said she wasn't evolving.

I was trying to change outward circumstances, but there was nothing going on in my inward man," she said.

Despite her best efforts to stay clean after treatment, Geick said she found herself falling back into the habits she had tried so hard to escape.

Geick said, by then, her actions were having serious consequences.

"So here now I have my oldest daughter, who has been taken out of my care, I don't have custody of her anymore. Now I have another daughter who I have absolutely no idea how to care for. I'm still using drugs and alcohol. I'm with a man who I've only known for some months. I'm trying to build a life based on no foundation. It ends up being a mess again."

Geick lost her job and had no other option but to move back to her hometown of Jefferson City. There, the pattern continued.

"I came back to Jefferson City with the same mindset and the same heartset, so I continued to live the life I had always live, which was a life of chaos and disorder, causing destruction to everyone I loved - including myself. At the end of my poor choices and substance use disorder, I ended up being an intravenous drug user. I crossed over boundaries that I said I'd never cross over."

Geick remembers a feeling of hopelessness.

"I was at the edge of the cliff. I was what people call 'the dredge of society'. Everybody looked at me like I was the black plague, including my family, because they didn't know how to help me. I was continuing in this sick chaotic behavior, and everyone that loved me, they didn't know what to do with me."

Then came the crime. Geick and her then-boyfriend were charged with two counts of armed criminal action, first degree robbery, first degree burglary and unlawful use of a weapon.

The charges were eventually reduced to first degree burglary. Geick's then-boyfriend was sentenced to twelve years in prison, while she was sentenced to five years of probation with a ten year backup-  meaning that a violation of her probation could send her to prison.

Geick did violate and was sentenced to a 60 day "shock sentence" in the Miller county jail. It was there, she said, that something began to change in her life for the first time.

"My cell mate was a Christian, and I thought she was the weirdest bird on the face of this earth. But I received salvation in that jail cell, and I experienced a heart change there."

Yet when Geick's 60 days were up, she found herself continuing to struggle and fall back into dependence.

"I didn't know how to live, and went back out into the same environment. I was wanting something so bad, but I didn't know how to get it. It was only a matter of time before I started using again. Yet I no longer wanted to live the way that I was living."

After another violation of probation, Geick was sentenced to three years in prison. But, instead of feeling discouraged, Geick said she felt freedom for the first time.

"For some of us, going to prison seems like the end, but for me. It was the end of one life and the beginning of another life."

Geick took advantage of everything that prison could offer her, from classes and seminars to the chapel library.

"I used prison as a stepping stone to get me to the next place. By the time my three years were up, I came out a changed woman. I did not think the same, my heart was not the same. I was a changed woman."

After leaving prison, Geick was enrolled in a rehabilitation house called Church Army Branson in Branson, Missouri. There, she went through the twelve step program for the first time. After she had completed the program, Church Army Branson asked her to stay on for two additional years to help rehabilitate other women.

It was Geick's first experience of helping women through the rehabilitation program, but it would not be her last.

After her third year in Branson, Geick moved back to Jefferson City, to live with her mother. She spotted a property she dreamed would one day be used to help women rehabilitate themselves from drug and alcohol dependency. Later, she would buy the property and Te Healing House was born.

It is now a home where nine women at a time live. The mission statement says the goal is to "rebuild shattered lives through a program of action by teaching spiritual principles that are rooted and grounded in the word of God."

Geick lives in the house and runs the program. During the day, the women all work. In the evening, they have various chores and responsibilities. At night, Geick leads them through a class. Geick said there is not one moment of the day that one of her women are not accounted for.

Geick said that a program like the Healing House focuses on inward change, not external punishment. She said that is the best way to change a life.

Geick said she is living proof.