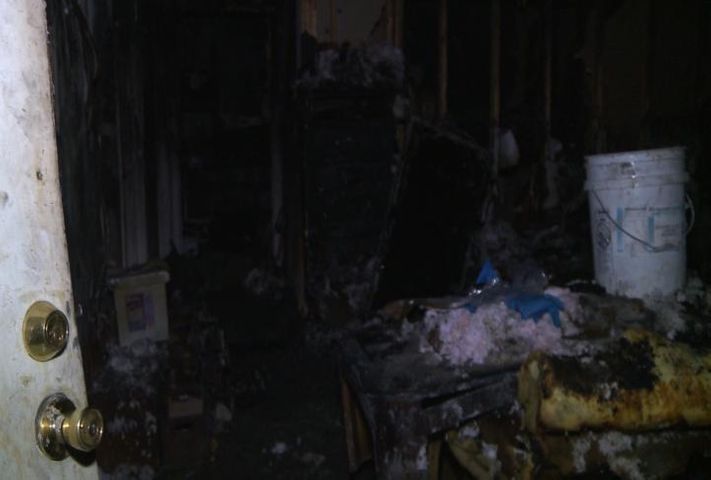 BARNETT - The Morgan County Fire Department found the bodies of a female toddler and her mother in the aftermath of a Barnett apartment fire Friday morning.

Gary Washia, the next door neighbor to the mom and daughter, said a stranger woke him early Friday morning by knocking on his door.

"I looked over next door and it was smoking, so I went back to the bathroom and started beating on the wall and said 'Get out of the house, your house is on fire,'" Washia said. "I come out of the apartment and went over next door and went up the stairs to try and beat on the front door, but it was so hot you couldn't do nothing. I was walking down the stairs, and the window was so hot you couldn't do that and it was poppin' and crackin' ... but I couldn't see nobody so I thought they might be gone."

Washia would later learn the neighbors he only knew for about six-months, the mother and toddler, were killed in the fire.

Morgan County Communications received a call about the fire at 6:45 a.m. Friday morning.

Morgan County Sheriff Jim Petty said there is no official cause of the fire yet, but emergency agencies believe it was an accident.

"It really hurt, you know, I don't know what happened or what it caused," Washia said.

The American Red Cross rented a hotel room for Washia and his family until his home is safe to return to.