Woman Won't Give Up Hunt for Missing Daughter 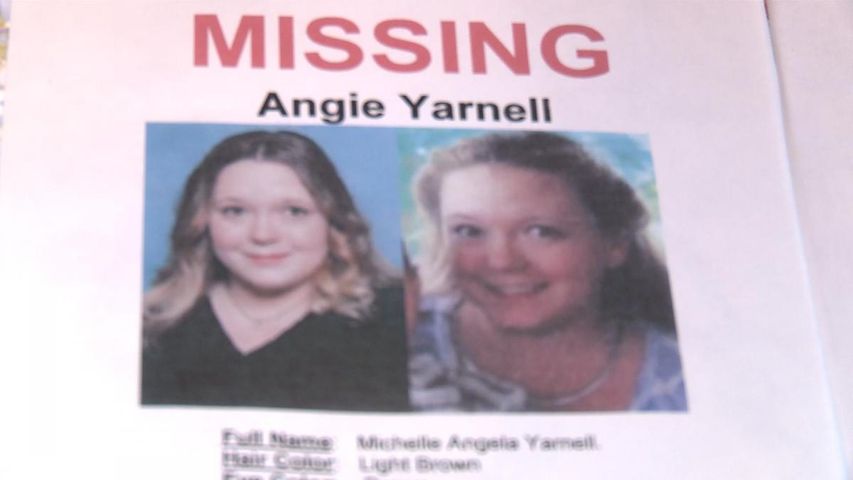 HOLTS SUMMIT - More than 1,000 people are missing in Missouri on any given day, according to the Missouri State Highway Patrol. Many of those cases drag on; leads go cold and are dropped by law enforcement, leaving family members on their own to continue the search for their loved ones.

"Logically she won't, but I don't have proof she's dead, so therefore I have a little bit of hope," said Asher-Chapman.

Her daughter's case is complex and differs from the typical case of a person gone missing. Two weeks after her disappearance, Asher-Chapman received a letter from a town in Arkansas claiming Angie Yarnell had run away with a guy named "Gary." Asher-Chapman was skeptical of the letter because the handwriting appeared different from her daughter's.

Her intuition was right. In 2008, Angie Yarnell's husband Michael Yarnell became a suspect in the case and when police located him, he confessed having forged the letter to disrupt the police investigation. Authorities said he confessed to the crime and that he had pushed Angie from the deck of their house and she had died immediately. Michael Yarnell said he buried her on an island at the Lake of The Ozarks, but investigators never found the body. Police were not able to come up with any other substantial evidence, and Michael Yarnell was imprisoned for involuntary manslaughter based on his own confession.

Today, Marianne Asher-Chapman is still left with a doubt.

"He may have taken a rap for someone else or he may have done it. I just don't have proof that's the bottom line," said Asher-Chapman.

Ever since, Asher-Chapman has been out looking for traces of her daughter at her old property in Stover.

"Because I need to bring her home. If she's here she needs to be home. If she isn't, we can eliminate this," said Asher-Chapman while digging with a shovel in the forest in front of her daughters old property.

Asher-Chapman explains she has been in the area more than 14 times, spending entire days looking everywhere--near the Lake of the Ozarks, in the woods, crawling under houses, climbing into sinkholes and walking into caves--all the while following every little rumor on where she could possibly be.

A co-founder of the organization "Missouri Missing," Asher-Chapman thinks it is typical for relatives of missing people to keep their hope of finding their missing person until they have proof that the person is dead. Until she knows that for sure, Asher-Chapman said she will be out digging and search for her daughter.

"I will never quit looking for Angie. It's what I do. I made a commitment to her and I am her voice."