Women filmmakers use technology to support each other 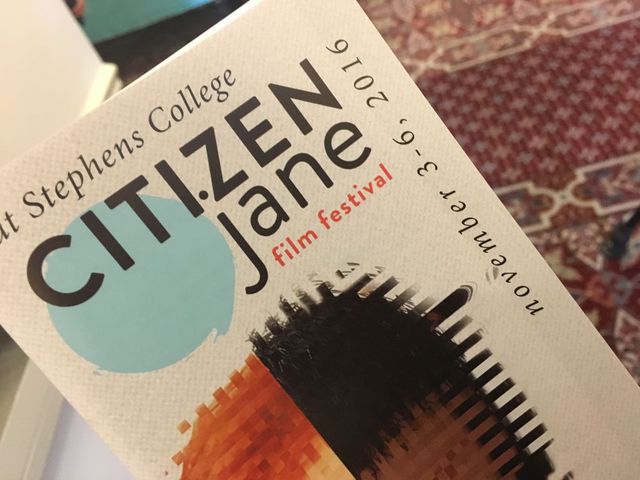 COLUMBIA -For some women in the film industry, it's not enough to just work on movies. It's important for them to actively support one another.

Destri Martino and Melinda Fox are doing just that, using technology to shed light on other women directors.

At the Citizen Jane Film Festival on Thursday, they said they merge activism with their professions.

"I think it's a catastrophe and a borderline crime that women don't have the same access to opportunity and funding and time on the screens," Fox said.

According to the Citizen Jane Film Festival website, women directed two percent of the top 700 films in the United States in the past seven years.

"I think we are part of the national conversation right now. It's no secret that women are being left out of the processes and creating this content, and I think we need new and interesting tools to rectify that," Fox said.

Fox is working on an app called Tanji that she said will be a "feminist Fandango [the theater and movie ticket app]." She said it will help people find films made by women.

"I think, for me, I'm building this tool as a fan, as an entrepreneur, as a feminist and as an activist," Fox said.

Martino said she knew she wanted to make movies from a young age, but without the internet, it was hard to find female directors.

"Now they can no longer give out the excuse that there are no qualified females to hire, because there are over a thousand on the site," Martino said. "I guess I want to make sure that there aren't any more ignorant people out there that think women can't direct or make films, you know, they are very capable, and they are great leaders, and they are great story tellers, and their sex and gender has nothing to do with it."

Citizen Jane started as a lecture series in 2005 on the Stephens College Campus. Eleven years later, the festival brings in women filmmakers from across the country to promote films made by professionals and beginners.

Films will play Friday through Sunday at Citizen Jane. The festival will feature films made by women and films that focus on women's issues.