Women's Gymnastics Team Getting Over Injuries 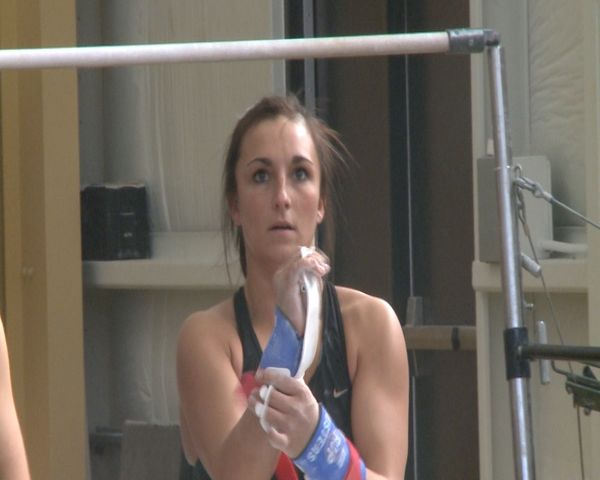 COLUMBIA - Missouri gymnastics captain Becca Johnson's 2013 season was over before it began.

Three gymnasts suffered season-ending injuries in early 2013. Among them, current senior Katelyn Treviño and juniors Becca Johnson and Briana Conkle. Conkle suffered a season ending injury in just the second meet of the last season, the same time Treviño went down. For Treviño, this wasn't her first time with a serious injury.

Treviño said she believed having more than just herself out for the year made the experience a little more bearable.

"We had two other teammates go down at the same time," Treviño said. "So it wasn't a lonely journey. We kind of made light of how bad our situation was together, so it wasn't as bad."

Missouri posted a 3-11 re cord in its first SEC season, mostly because the rest of the team wasn't ready to fill in for the injured players.

Season-ending injuries weren't the only problem for the team; some gymnasts were competing through nagging injuries as well. Junior Rachel Updike spent last season competing with a toe injury. She had to wait until the off-season to have surgery to get her back to full health on the mat.

"It was really difficult, but I just had to push through it for the team," Updike said. "I've had it for a while, so I was used to the pain. But after my freshman year it started to get worse, so that's why we decided to do it."

While all the injured gymnasts from last season are back and healthy, their rehabilitation disrupted their off-season routine. As a result, none of them are in shape as much as they would like to be.

"I'm not physically where I was before, but I have to remember that because this is such a big injury, I may not be the same Katelyn I was before," Treviño said. "And that's a huge thing to face because I'm like, 'I can overcome anything,' but the facts about the body that it won't come back naturally like it did before."

While the rehabilitation has put the gymnasts behind schedule in their training, new head coach Shannon Welker knows to not rush the process, and to look on the bright side.

"We knew that it would maybe take a little longer to get them ready, and they're probably still going to be improving as we get through the season," Welker said. "But the positive thing is that they will have the ability to compete for us this year."