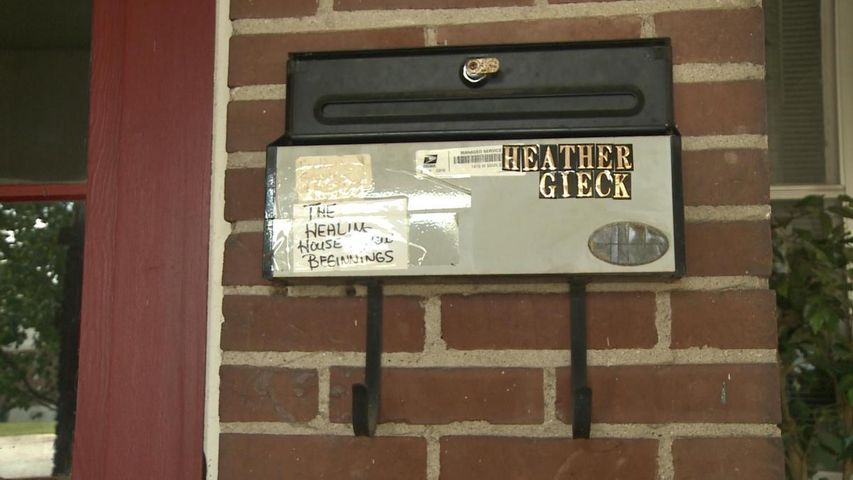 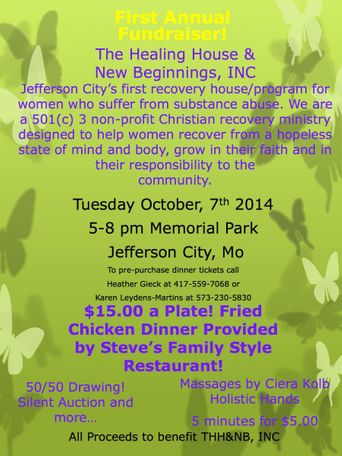 JEFFERSON CITY - One area neighborhood will see its first ever women's recovery home open this spring.

"The Healing House and New Beginnings" is a faith-based recovery home for substance abusers, recovering addicts and convicted criminals. Owner Heather Gieck said the house will welcome any woman with a troubled past who is actively working to make a difference in her life.

She said she knows all too well the problems of addiction.

"Probably the most profound day of my life is when I realized my powerlessness and some people would consider this a negative thing, but it was a day of freedom for me because it's when I stopped struggling. That's the day I stopped struggling," Gieck said.

She said her addiction started at the age of 12 with alcohol and then progressed to drugs and a life of crime.

At 35, Gieck was incarcerated for three years. Upon getting released from prison, Gieck went to Branson, Missouri for one year to go through a faith-based 12 step recovery program.

After she completed it, she became a House Manager for the women's program. Gieck spent the next two years running a house, mentoring women, and presenting the 12 steps.

Gieck said she has been sober for eight years, and is ready to help other women heal.

"Addiction is rampant in Jefferson City and it's something we've kind of pushed under the blankets, but we can't do that anymore. I mean, there's so much going on in Jefferson City that needs help," Geick said.

Cole County Sheriff Greg White said, "It currently cost about $78 a day to incarcerate a person in Cole County, and there are approximately 140 people in the jail. It's not money we will most likely recoup in any way, so it's a fairly significant budget item for tax-payers."

For the past two years, Gieck has been working toward getting The Healing House up and on its feet.

Gieck and The Healing House board of directors will take applications from any woman seeking help, but the home only has space for seven.

The women accepted into The Healing House will be required to have a job within the first three weeks of entering the program. Gieck will hold weekly evening classes ranging from spirituality, to recovery, to life-skills classes.

"After the first 30 days, the women will get an on-site family visit. After 90 days they will get one on-site visit and one off-site visit, and then after six months I will allow them to have an overnight visit with the family off-site," Gieck said.

The Healing House will have a zero tolerance policy, and any woman who relapses or breaks the rules of the program will get immediate dismissal.

"This is not just some willy-nilly half-way house," Gieck said.

Gieck will hold a fundraiser for The Healing House Tuesday at Memorial Park in Jefferson City. The fundraiser will go from 5-8 p.m.

"I want the community involved, and community members will know exactly what is expected of these women," Gieck said.

Fundraiser attendees will have the opportunity to pick up a detailed packet of The Healing House house rules and guidelines, and the criteria for the house. Donations will be accepted.

"I just want to assure everybody that this will help our community, you know this is not something that is going to tear it down, but this is something that's going to build it up," Gieck said.