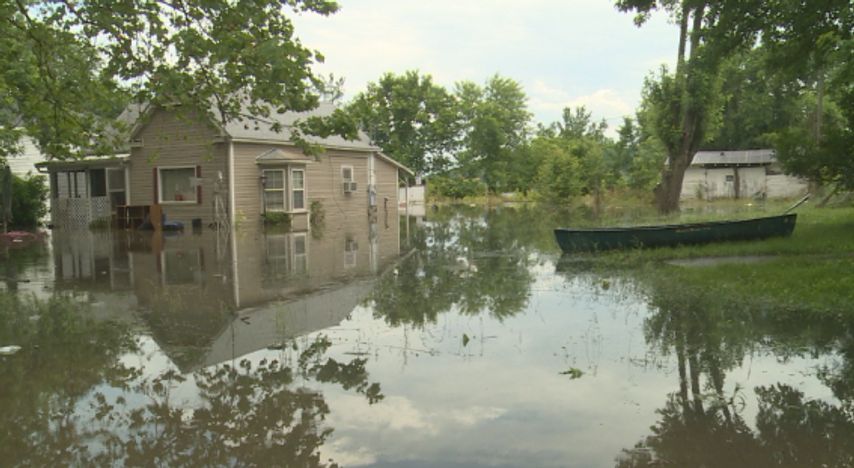 WOOLDRIDGE- Small towns across mid-Missouri are all dealing with the severe flooding impacting the state. Cooper County's Wooldridge is no exception.

A good portion of East Main Street is now completely covered by flooding. Numerous homes, trucks, and sheds are surrounded and consumed by water, leaving the city as a ghost town.

The town is close to the Missouri River. As of Tuesday, the flooding is only impacting the low-lying parts of the town.

"That's one of the things that I wonder about this. The flood of '93, it was really deep on the first of July. It was much deeper on the 29th of July, after many crests and falls. What is this going to look like in three weeks? No one knows," said Bill Roe.

Roe also said he fears for what comes after the water.

"Mud. Six inches deep of black mud. Stinky. Slimey. It is terrible to clean up and it is a lot of work," he said.

With so many different parts of Missouri being impacted by natural disasters, the lack of resources available is a pressing concern.

"There is so much going on, there just aren't enough people or supplies," said Alexis Nixon, another Wooldridge resident.

There has not been an evacuation plan yet, but families leaving town are being sent to the Red Cross shelter in Boonville.