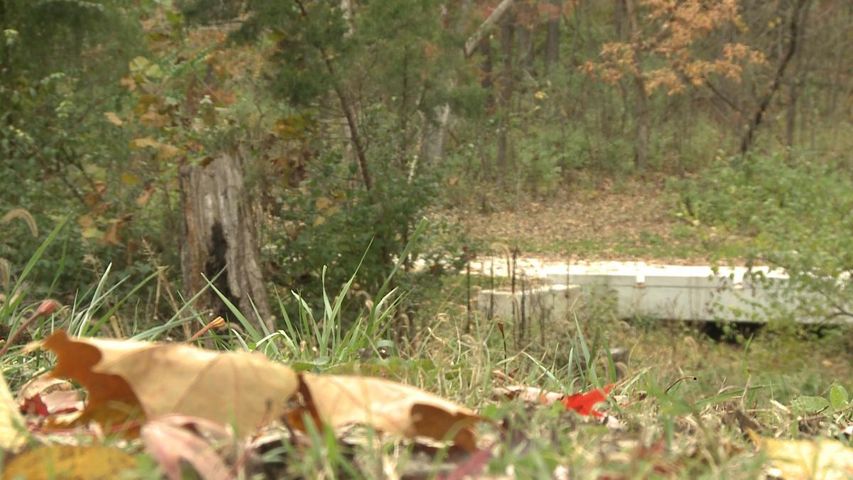 COLUMBIA - The new Scott's Branch Trail is completely finished and open to the public. Work began over a year ago on the 1.3 mile trail. It cost around $780,000 and was funded by the Park Sales Tax.

The trail was constructed in several different sections and includes seven access points. The trail head is located at the Bonnie View Nature Sanctuary and extends to Chapel Hill Road. It can also be entered at Fairview Park/School, Bray Avenue, Columbia Audubon Nature Sanctuary, Dublin Park and Scott Boulevard.

The Scott's Branch Trail has unique features that set it apart from other Columbia trails. Users can enjoy a scenic view from a boardwalk and cross over the Scott's Branch Creek via a pedestrian bridge. The trail is also completely paved, making it handicap accessible.

Bruce Wallace lives near Bray Avenue and enjoys walking his dog Huck along the new trail. He said he's used the trail several times a week since it's opened.

"We've really enjoyed it," Wallace said. "It's opened up a different part of our end of town because it's encouraged us to come back here, close to the bird sanctuary. We've seen lots of runners and bicycles, and some folks that you don't usually see out in this area."

Wallace said he thinks the trail will make it easier for residents in the area to get around, including students.

"It's really different for this part of town and it really adds to the local neighborhood parks," Wallace said. "It connects a part of town like Scott Boulevard all the way past Fairview School. It's a really neat way for kids to get safely from one end from this part of town up to the elementary school, so that's really terrific."

For more information about the new trail, visit the Columbia Parks and Recreation website.