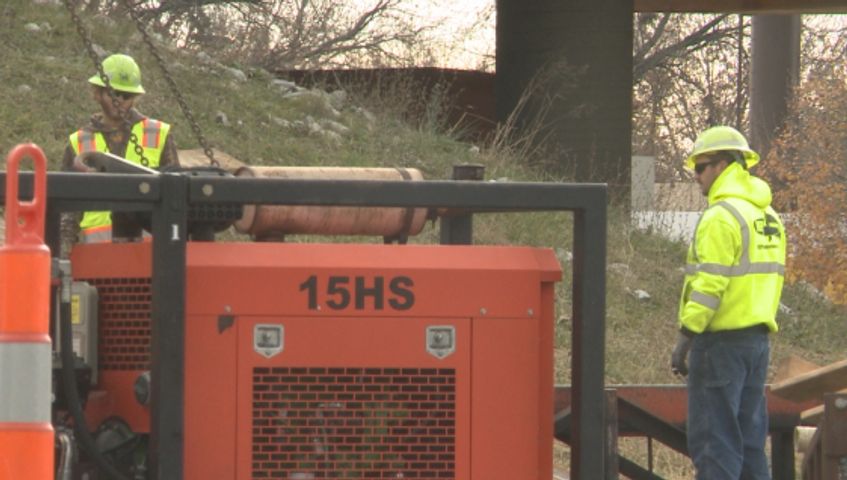 JEFFERSON CITY - Work Zone Awareness Week kicked off Monday and MoDOT is using it as an opportunity to promote safe driving in work zones.

"That doesn't sound like a lot," Toenjes said. "But those are eight families."

Toenjes also said that between 2003 and 2010, 962 workers were killed in work zones, and 46 percent of those were hit by vehicles.

This year, MoDOT is emphasizing that work zones are "no phone zones."

MoDOT Director Patrick McKenna said cell phones are the number one cause of work zone accidents.

"Slow down, put the phone down, move over and make room for workers," McKenna said.

"Had a driver moved over, those accidents would not have occurred," Karsten said.

Karsten said it is important for drivers to pay attention to work zone signs and to slow down when entering work zones.

MoDOT worker Jeff Caffey had an experience with driver safety in work zones.

Caffey was working in a striping train when a drunk driver hit his MoDOT vehicle.

"Luckily nobody was hurt," Caffey said. "The drunk driver tried to drive away but his truck was so damaged that he couldn't move."

Caffey said it is important that drivers put their phones away while driving, especially around work zones.

"It doesn't matter if you're in an urban, metropolitan area or if you're in a rural, country setting," Caffey said. "People talking on their phones or texting is a major, major issue."