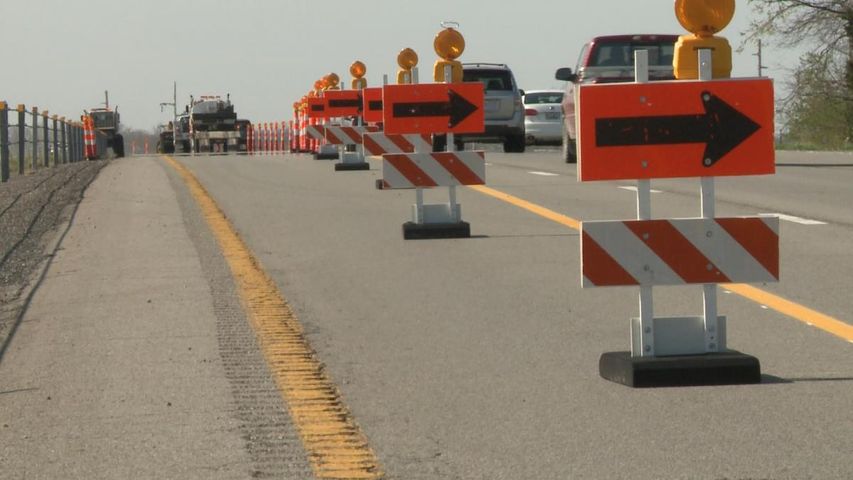 COLUMBIA - Construction work begins to ramp up for the summer and MoDOT officials are asking drivers to be careful in work zones.

Over the last five years, 53 people were killed and 2,781 people were injured in Missouri work zones, according to MoDOT officials.

The fine for injuring or killing a worker in Missouri can be up to $10,000 and losing one's license for a year.

Hitting a worker isn't the only thing drivers should worry about. A ticket for speeding through a work zone while workers are present can cost hundreds more than a normal speeding ticket would.

Primary causes of injuries in work zones include improper lane changes, following other vehicles too closely and driving too fast.

"Honestly, safety in work zones is just driving smartly," he said. "Don't text and drive. Don't be on your phone. Obey the speed limits. Smart driving will avoid many of the work zone injuries," said Shoop

MoDOT officials say many of the people injured in work zone accidents are the drivers themselves and those injuries are mostly preventable.

Officials say 63 percent of the vehicle occupants hurt in work zones in the past year weren't wearing a seatbelt.

Shoop says although work zone injuries remain a problem, the number of injuries have decreased in the past few years.

"I think the numbers have decreased. We've definitely tried to get more information out to the public that work zones are coming, tried to work more at night and I think that has helped," said Shoop.

Shoop says construction season starts around summer time because schools begin break and there is less traffic on the roads.

Projects like construction on Highway 63 are starting earlier in the summer construction season to spread out the projects so they don't all occur at once.