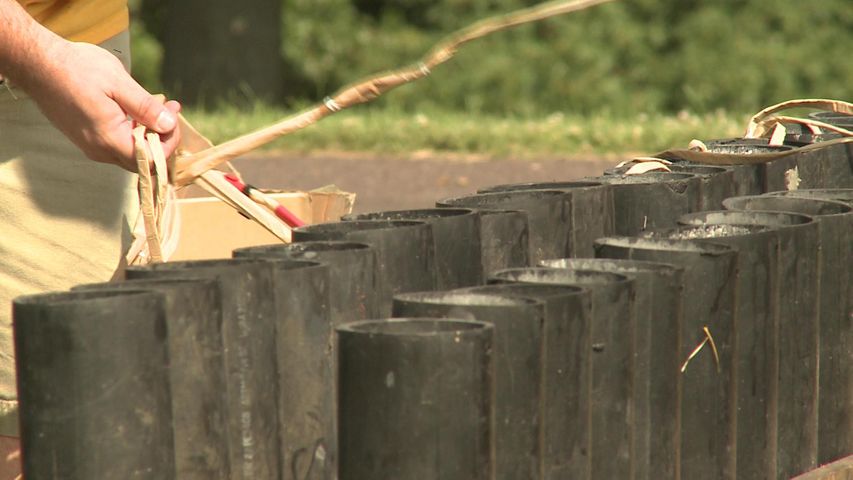 COLUMBIA - Workers pushed through the hot weather Monday, preparing for the Fire in the Sky fireworks show. The five-person team from J & M Displays has been working since Sunday to make sure each piece is set up in perfect order for the show at Memorial Stadium.

The process begins by setting up large tubes, also called "mortars". Each varies in size according to the exposive's flight height. For instance, the largest mortar measures eight inches in diameter, able to shoot fireworks about 800 feet in the air.

Jeff Scott, lead shooter, said the process is a lot safer than in previous years. Rather than hand-firing each exposive, each of the mortars are wired together with e-matches and one computer fires off the whole show.

"The old system was you just hand-fire it," he said. "It's a little more dangerous because you're right next to the shell when it goes off. This is a lot safer."

The Fire in the Sky show kicks off Monday night at 6:30 p.m. with live music and games at Memorial Stadium. The fireworks show starts at 9 p.m.