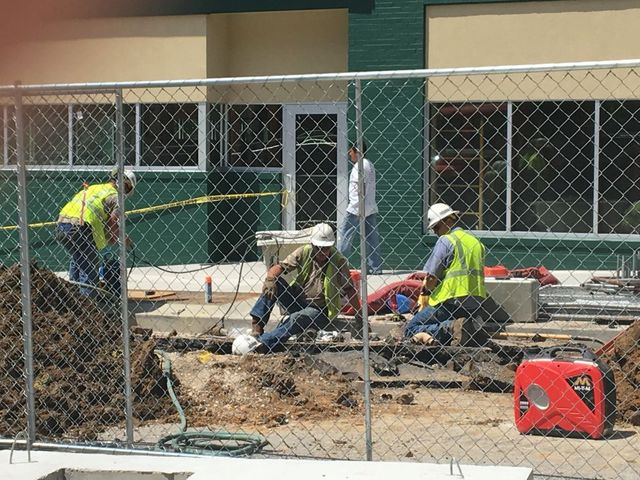 COLUMBIA - Construction workers at Locust and Ninth streets punctured a gas line on Thursday morning, the latest in a string of gas leak incidents since June 1.

A Jeff Schnieder's Construction Company worker said the team hit the natural gas pipe at about 9 a.m. An Ameren UE worker said it happened during excavation. The leak forced the closure of Ninth Street from Elm Street to Cherry Street.

The general manager of nearby business Shakespeare's downtown, Tobi Epstein, said Ameren was at the scene when the gas leak occurred, and was able to respond quickly.

This is the second gas leak this summer to happen at the intersection of Elm and Ninth streets. The first occurred June 17 and led to the evacuation of the nearby Missourian building.

The assistant Fire Chief of the Columbia Fire Department, Brad Fraizer, said there has been an increase in gas leaks over last summer.

Fire Department records show the number of emergency calls for outside gas leaks in particular had increased from 4 to 19 during that time frame. Fraizer said the fire department sees increases in certain calls during different times of the year.

"There’s more construction activity in the warmer months, and a lot of times they’re usually because a contractor has hit a gas leak line," he said. "They do their best to identify those gas lines but sometimes even those best efforts do not accurately identify where they’re at."

Ameren spokeswoman Trina Muniz said an increase in gas leaks could be the result when there is economic growth in congested areas.

Fraizer said, as the population grows, calls to the fire department for service are trending up as well.

"There’s no formula for that, there just tends to be an increase with regard to population increase," he said.

"We have combustible gas monitors in all of our trucks and well use those once we arrive on the scene to determine if there is a leak, if there’s concentrations in the air that are higher than normal," Fraizer said. "Ameren UE would be the the ones to mitigate the leak, and we work to keep the scene safe until they do so."