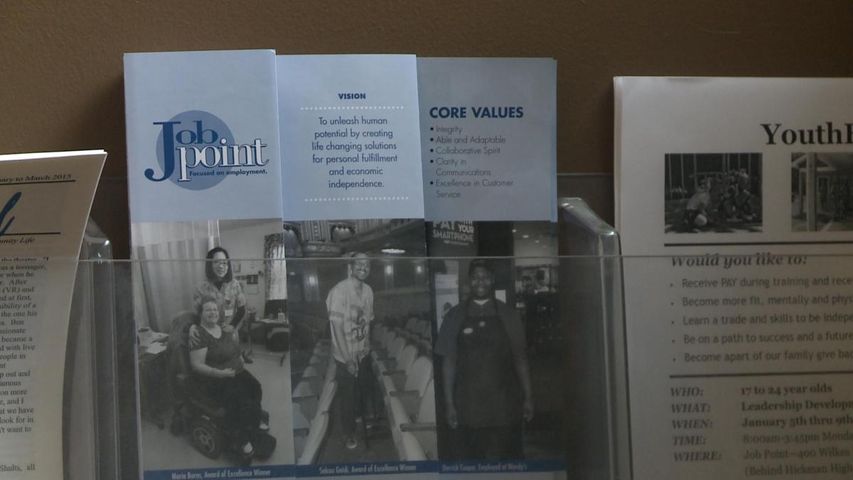 COLUMBIA - According to Tyree Byndom, a recruiter at Job Point in Columbia, 56 percent of the people in Columbia have degrees, but there's also a 50 percent free and reduced lunch.

"We've got this dichotomy that we have intelligence, and a lot of those individuals are underemployed, but we also have poverty and we're trying to figure out how to fix that," Byndom said.

Bureau of Labor Statistics data shows an increase in the quit rate for workers in the Midwest. They also rank Missouri as the state with the lowest-paid federal workers. Byndom said Missouri is an at-will state which means that workers don't have to give a notice when they want to quit their jobs.

With a turnover rate for jobs in the state at 17 percent, some Missouri workers could see quitting and finding a new job as an alternative to waiting for a pay raise that may never come. Byndom said workers in Missouri quit because they want other opportunities. But a rising quit rate can also mean a rise in wages.

"Those numbers can fluctuate up and down, but really it's based on a lot of people are working two jobs, two and three jobs just to make the same amount now because a lot of them are underemployed," Byndom said.

The Bureau of Labor Statistics shows jobs in restaurants and hospitality with the highest turnover rates. January of this year showed a quit rate of 2 percent. The numbers for February are set to be released early April.

Columbia businesses don't have to refuse service to unmasked customers
COLUMBIA—About 20 people filed complaints about other individuals or businesses not following the mask ordinance this weekend, according to the... More >>
8 hours ago Monday, July 13 2020 Jul 13, 2020 Monday, July 13, 2020 7:19:00 PM CDT July 13, 2020 in News
Share:
Email
Facebook
Twitter