Working to construct a new dynamic in male-dominated careers 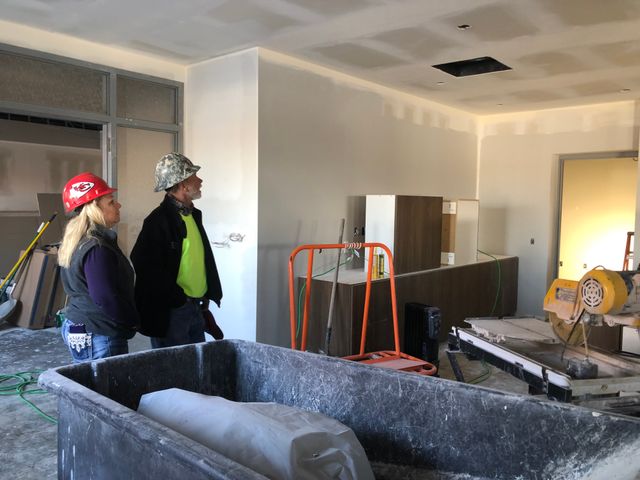 COLUMBIA – At first glance, mining, construction and transportation and utilities may seem as though they just share similar job descriptions. But according to a 2018 article in The New York Times, these three paths are also the fastest-growing traditionally male sectors.

Women like Connie Leipard, President of Quality Drywall Construction in Columbia, are few and far between in those industries. She is very familiar with being a woman in a male-dominated career, and is helping break through that barrier.

“There’s good things about being challenged every day, but challenges you find in the industry right now have to do with credibility,” Leipard said. “Sometimes women haven’t had the actual experience in the industry long enough to be considered ‘credible,’ an expert at what they do.”

Candace Korasick, a sociology instructor at the University of Missouri with an emphasis in women and gender studies, said the biggest problem related to women and men sharing positions in the workforce is the conversation we create around the topic.

“We do talk in terms of competition,” Korasick said. “I think that’s a problematic way of looking at the labor market. We pit not just women against men, but immigrants against born citizens, as if they’re all going for exactly the same jobs.”

Korasick said one of the biggest and most steady trends we’ve seen is the increase in women entering the labor force, but still lack the vision of women as ‘working women.’

“They don’t recognize our historic structures of family are intertwined with our structures of labor, which make it more difficult for women to crack the glass ceiling,” Korasick said.

Leipard said she’s seen much more women involvement in the construction industry in recent years. She said women are more likely to come together from the resources that are being offered to them. One of those resources, the National Association of Women in Construction (NAWIC), gives women the tools to build a support system and learn from others in the industry in a different scope of work than their own.

The NAWIC website says of the people working in construction in the entire U.S. workforce in 2017, just 1.3% were women.

“I think the younger the generation coming up, younger men, are used to working with women in an equal capacity than maybe some of the guys that are more my age,” Leipard said. “It used to be a novel idea and now it is more widely accepted.”