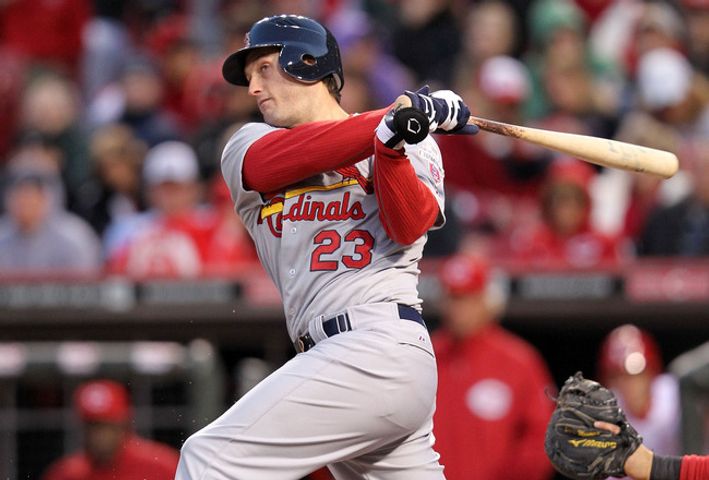 ST. LOUIS - The Cardinals had won the first two games of their seriers with the defending World Champion Giants by lopsided scores behind the pitching of Shelby Miller and Adam Wainwright. On Sunday, the Cards turned to former Oklahoma State star Tyler Lyons, already 2-0 in his rookie season with the Redbirds.

Lyons made his first start in Busch Stadium. Here are your highlights:

Top of the second, Gregor Blanco grounds into the double play, but Joaquin Arias scores. 1-0 Giants.

In the top of the 3rd, Hunter Pence doubles off the wall in center and Buster Posey scores, giving the Giants a 2-0 lead. Bottom of that inning - Yadier Molina grounds to the left side and shortstop Brandon Crawford throws across the diamond. Close play at 1st, Molina is called out and he slams his helmet... and he gets ejected. Manager Mike Matheny comes out to argue, and he's ejected as well.

Bottom of the fourth, David Freese smacks a 2-run homer to left center, tying the game at 2. In the seventh, pinch hitter Brandon Belt doubles to left center for a 2 run score. San Fran would go on to win the game 4-2.