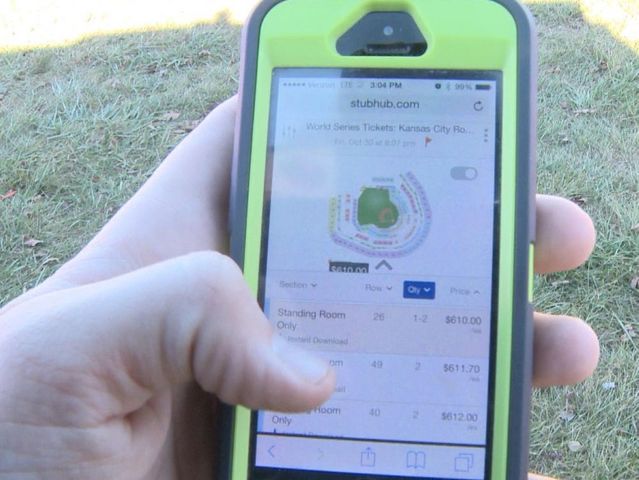 KANSAS CITY - No matter how Wednesday's World Series game ends, the Royals and Mets will head off to New York to play in game three.

A recent check of ticket prices on Stubhub shows fans will have to shell out more money if they plan on heading east for the next couple games.

On Wednesday afternoon, the cheapest standing room only ticket for game two was about $400. In New York, tickets for later games are closer to $600 each.

If the series went into game six, players would return to Kansas City and lower prices as well. KOMU 8 News spoke to fans who said they wouldn't necessarily mind paying more money to see their teams play.

"I would do it," Mets fan Adrian Roth said. "It would be unlimited spending if you could get the ticket and go to the game."

Royals fans said the same: They are just happy to be able to watch their team play in the World Series.