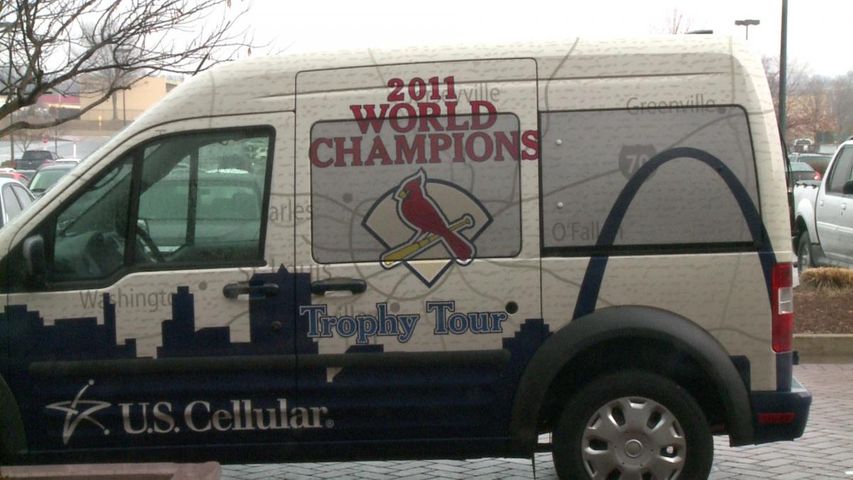 A U.S. Cellular store was the chosen destination for the tour stop.  Fans were allowed to take their picture with the trophy, or have their picture taken and e-mailed to them.  One member of the tour staff said a typical tour stop brings out anywhere from 200 to 600 fans.

Verna Cooper has been on tour with the trophy and said, "You know, the lowest we would see is around 200, but when we were in the mid-Missouri area, we saw 626.  At that point we were doing three-hour visits.  That's a lot of Cardinal excitement."  She also worked on the 2006 tour.

This won't be the last stop for the tour in the area, either.  Here's a list of some dates and times if you're interested in viewing the trophy: