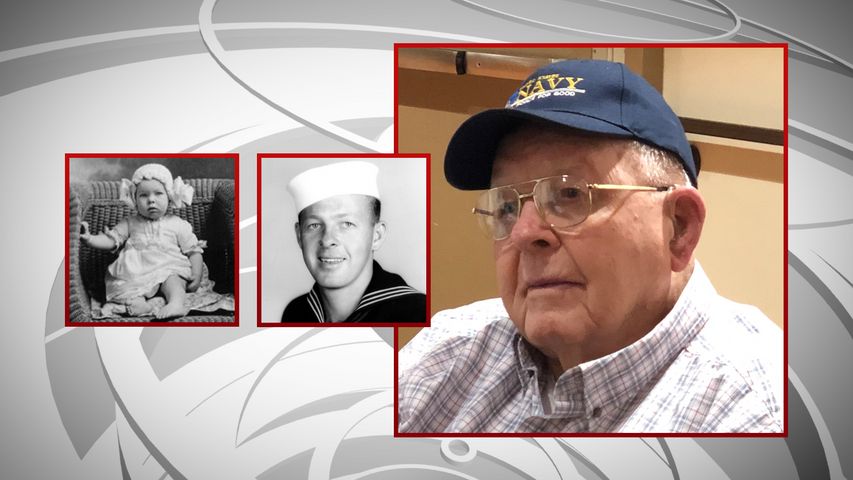 COLUMBIA - A former Columbia business owner who served in World War II celebrated his 100th birthday on Tuesday, surprised by family and his nursing staff at the Harry S. Truman Memorial Veterans' Hospital.

When Leo Roberts' daughter wheeled him into the waiting room, family members and staff members were there to surprise him with a slice of cake and the Happy Birthday song.

"So grateful. I’m so grateful," Nancy Seiler said. "It means a lot of me that there’s this much support."

Roberts actually turned 100 in January, but this was his first time visiting the VA hospital since.

He grew up in Columbia and graduated from Hickman High School in 1937. He started working at LaRay Food Shop on Broadway, which is now the Carhartt dungarees store downtown.

Roberts enlisted in the Navy on April 26, 1944. He spent much of World War II in the Pacific aboard a merchant ship called the S.S. Kota Inten. He slept under the gun he was assigned to.

He was discharged on Jan. 16, 1946, about two weeks after his 25th birthday. Roberts lost most of his hearing during the way, so Seiler often writes in a notebook to communicate with him. She calls him, "a man of few words."

She said she got teary eyed during the celebration for her dad.

"He is the best dad I could have ever asked for - ever," Seiler said. "He is very kind, he is very sweet, he has a very good sense of humor. He is just a good guy all around."

Seiler said her dad doesn't look or act his age, and the family is already planning for the next big birthday.

"We had some big helium balloons for 100 and he asked my husband to take them down because he looked at them enough," Seiler said. "And I said, well were waiting for the 101, and he might make it."