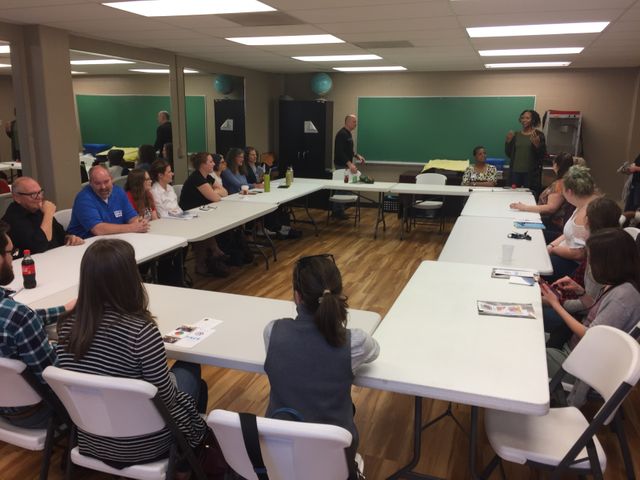 “A village of love, that’s really what we are. Worley Street Roundtable is a village of love for all families and students in the community,” Executive Director and co-founder of the roundtable, Adrian Clifton, said.

Clifton leads these meetings and she said she embraces everyone there as her family.

“In a nutshell, Worley Street Roundtable is basically a group of village supporters and we just work to build a network of support around children and families who are struggling in the Columbia Public School system,” Clifton said.

Clifton said they also go into schools, make house visits and resolve issues with students and families in CPS.

Clifton said she is a proud product of Columbia Public Schools herself, but saw the gaps in the system. She said those shortcomings inspired her to become a teacher and she said she found even more room for improvement.

Clifton realized she couldn't do it all on her own so she worked with her mother and grandmother to connect with other community members to help CPS families and create the roundtable.

The group first met at Clifton’s mother’s home around her round dinner table, with one goal in mind.

“So that we can help the path of education be a little easier or less of a struggle for families,” Clifton said.

Ed Varnum, a Worley Street Roundtable board member saw what the group was doing and wanted to be a part of it.

The roundtable meets every third Sunday of the month and invites people from Columbia to share and learn about what is going on in the community.