Worth The Wait: Long-time Chiefs fan reflects on the Chiefs new 'feeling' 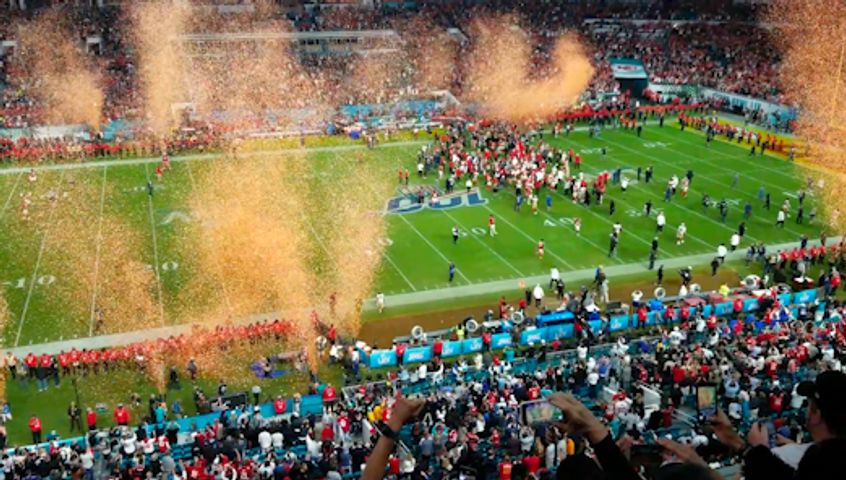 COLUMBIA - Most people carefully and selectively decide what sporting events they're willing to spend money on.

For one Columbia man, it's been consistent for the past two decades. Wes Wise is a long-time Chiefs fan.

"My best friend, Kevin O'Bannon, and I have attended every home playoff game since 1998," Wise said.

Since then, the Chiefs have made the playoffs a total of eight times. The last time the Chiefs made the AFC championship was 1993, before their most recent visit in 2018.

"It just got a little old getting your heart ripped out, but you're there for them every time, it's just the fans."

However, those days are in the past according to Wise.

"You got into that mindset, but now people are completely different," Wise said. "They know that there's nothing holding them back from a win. You have to think they're favorites for the championship."

In addition to attending every home playoff game since 1998, Wise and O'Bannon attended the Super Bowl in Miami to watch the Chiefs capture their first championship in over 50 years.

There's a pretty important person to thank for that according to Wise.

"[Patrick Mahomes] is... I've never seen anything like him, I don't think anyone has," Wise said. "It's just that break out. Not just a break out from something to nothing but from something to the best quarterback in the league that everybody wishes they had, that's phenomenal."

Normally, Wise would be excited to go to Chiefs games this year, but the pandemic is causing some concern.

"It's just crazy and I don't know that any of my friends that go would be comfortable," Wise said. "I would think more seriously about going if it was a playoff game and if I could do it, and I wasn't going to be in too much danger."

He said it's unclear whether or not that decision's going to be made soon.

"I don't know if we'll attend any games, unless they make the playoffs this year," Wise said. "Which, we'll just see if my wife will let me spend a little more money this year."

What Wise does know is he will be watching Thursday night's season-opener from the comfort of his couch.

"Fans not being at the games is something that if we could at least watch it, if that's the concession that we make: not being able to go but we can still watch the games, I'm all for it," Wise said.

It's pretty safe to say you'll find Wise and O'Bannon, screaming out a "How Bout Them Chiefs" Thursday night while watching from home.