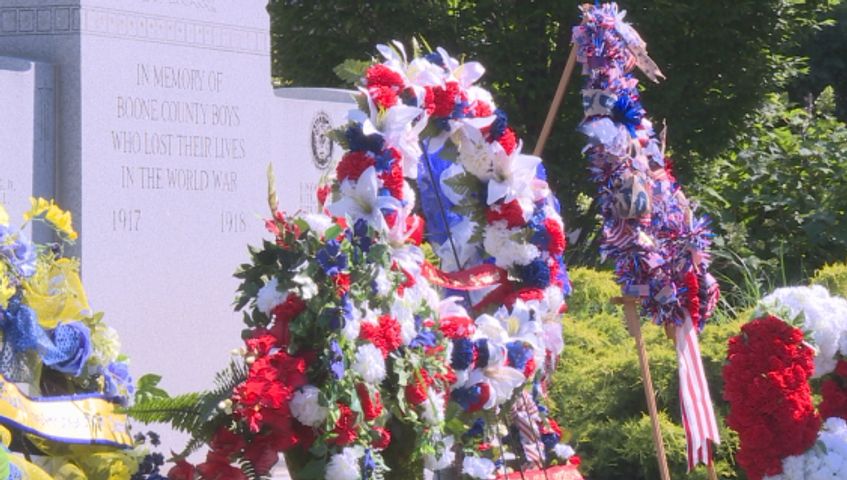 COLUMBIA - For 91 years people have gathered on the lawn of the Boone County Courthouse to honor those who have given their lives for our freedom.

At the annual Memorial Day ceremony, wreaths were placed to honor hundreds of Boone County citizens who made the sacrifice to protect the nation.

Clark was a prisoner of war held by the North Vietnamese in the Hanoi Hilton during the Vietnam War.

"We [citizens] help meet the challenges that are left to us by those we honor today. The past who have defended those freedoms. Those represented here. Those who we will lay wreath's for. May the oh mighty God bless them, may we thank and honor them and may God bless America, " said Clark.

Organizations all over Boone County participated in the wreath ceremony to show these patriots have not been forgotten.

A MU ROTC Member said Memorial Day is about honoring the fallen.

"One of my favorite quotes that I have heard in my life is 'freedom isn't something that's given, it's something that is fought for' and to honor the people who have fought for that freedom in the past is something we should do, " said Emory Powell.

Clark said those who have defended their freedom and the memory of those who have paid with their lives is the reason it was an honor to speak on Memorial Day 2018.