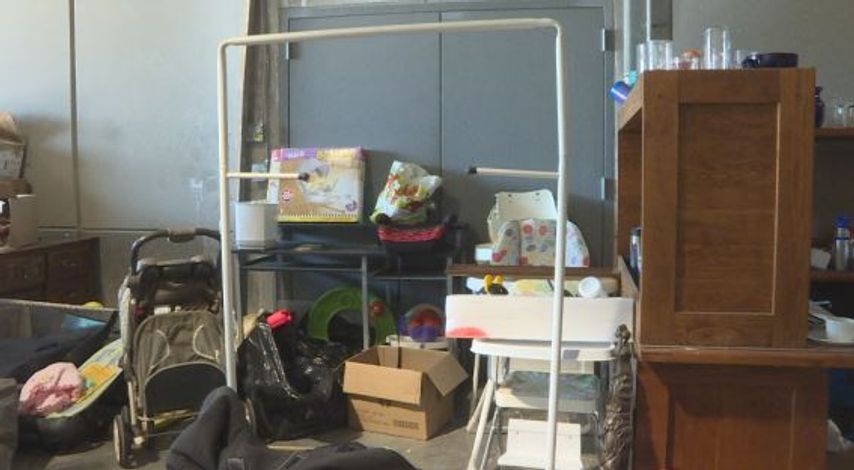 COLUMBIA - A resettlement agency supporting refugees had a surplus in donations, so it decided to sell some of its items to fulfill a more pressing need: donations.

Some of the organization's clients, or refugees, were able to take items from the rummage sale at no cost.

"Anything they want, they can just have," said Alex Ringling, Refugee and Immigration Services' community outreach coordinator.

Ringling said the clients took hundreds of dollars worth of donations free of charge. They took items like couches, strollers, books, dishes and other items.

The general public had the opportunity to purchase items at the sale. The money collected will go toward the organization's refugee resettlement fund.

"When we're tight on funds for a family maybe in higher need, we can pull from that money source to help them out with things," Ringling said.

The yard sale came at a time when the United States has decreased the number of refugees it resettles.

According to The Associated Press, President Donald Trump signed an executive order in January decreasing the refugee limit from 110,000 to 50,000 this fiscal year.

Grace Wildenhaus, Refugee and Immigration Services' kids education and volunteer coordinator, said the increase in donations came after the holidays and the change in the political climate.

"With an overwhelming support from the community and then unfortunately a lower number of refugee arrivals, we just had a surplus and were looking to move some of these things to create a better organizational system and fund raise a little bit for the refugee resettlement program," Wildenhaus said.

For the first few months, the organization helps refugees with bills and other unexpected circumstances. Its goal is to help refugees become financially independent.

Wildenhaus said the organization may hold another yard sale later in the summer to get rid of unusable items.

To learn how to be involved with the Refugee and Immigration Services, visit its website.