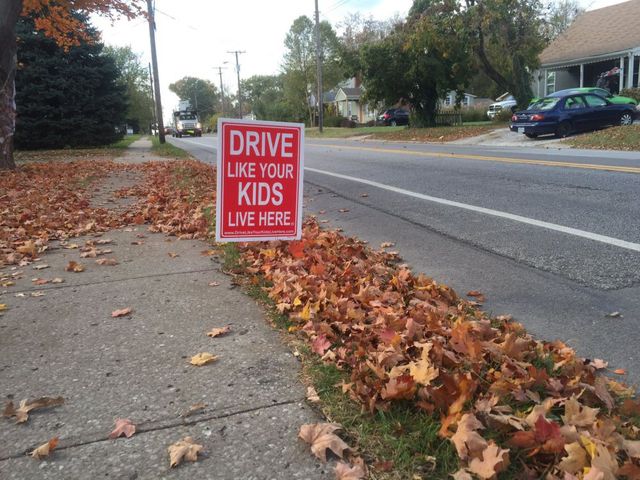 COLUMBIA - At a time when yard signs are at their most popular, Columbia resident Melissa Muse put up a sign that reads "Drive like your kids live here" a couple months ago out of concern for how fast people were driving outside her home on West Worley Street.

"People are going anywhere from 40 to 50 down the street," Muse said. "The way people drive on the streets, it just seems too dangerous to even have my kids in the front yard."

Although some neighbors believed the speed limit is 35 mph in their neighborhood, but according to the City of Columbia Code of Ordinances, the portion of Worley Street between Strawn Road and Providence Road is a 30-mph zone.

Muse has three kids and doesn't let them play in the front yard unless an adult supervises.

Muse's daughter is aware of the dangerous situation she is in when she goes out to the front yard due to speeding drivers.

"I kinda feel unsafe because I'm afraid, they're going so fast," Lena Muse said. Melissa said Lena screams at cars to slow down if she thinks the drivers are going too fast.

In addition to the sign, Muse said she used to take down license plate numbers and videotape speeding drivers, but she gave up. She said now she just yells at cars or points to the sign as they're driving by.

"I'll notice, as people are driving upon it, they'll brake, and slow down as they drive past the house," Muse said.

Because of election season, Muse's sign is just one of many in Columbia front yards. However, Muse said her sign has fared better than most.

"A lot of times people will come and shove down all of the political signs, but ours stays standing," Muse said.