Years in the making, the Columbia Ag Park opens 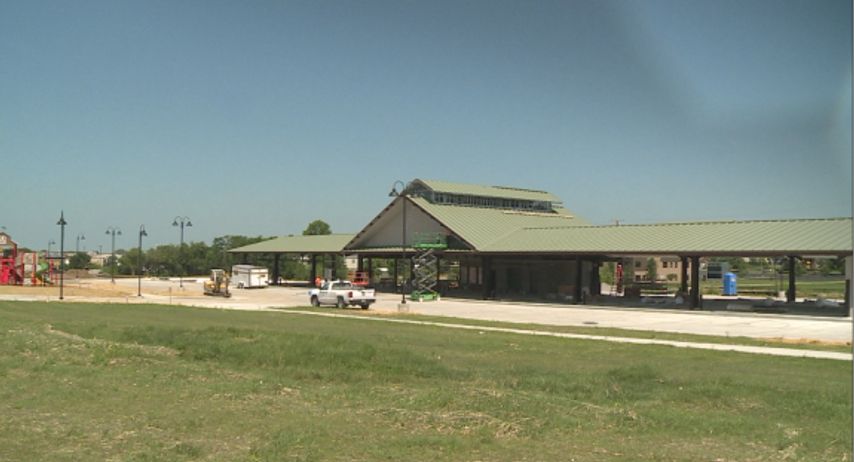 COLUMBIA - After years of work and more than $4 million invested, phase one of the Columbia Agriculture Park is opened Saturday.

"I know there’s going to be a lot of excitement to see it open and to be able to walk in the site and just celebrate this milestone,” said project campaign manager Adam Saunders.

The park was born as a collaboration between Columbia Parks and Recreation, the Columbia Center for Urban Agriculture, the Columbia Farmers Market and Sustainable Farms and Communities in hopes of transforming 10 acres of open space at Clary-Shy Community Park into something that could complement the Activity and Recreation Center.

The project has many working parts. Saturday's grand opening featured the first farmer's market under the MU Health Care Pavilion, the new permanent home for the Columbia Farmers Market.

Executive Director Corrina Smith said the covered pavilion will mean weather is less of a factor.

"Last Saturday, there was just this torrential downpour that came out of nowhere, and, when it rains like that, nobody comes. We lose at least half of our customer base," she said. "So that shelter is just going to make a huge, huge difference for our organization.”

Phase one also included a one-room school house, a barn and demonstration gardens. Those elements will be completed by the end of this year.

Three-fourths of funding for the project comes from private investors, the rest from the city and a federal grant.

Saunders said he hopes to begin work on phase two by the end of this year.

“Phase two will begin as we secure funding for it, but over the coming two to three years, we’ll be fundraising and building out," he said.

The second phase includes three big projects: The current pavilion will triple in size; a 10,000 square-foot event space will be built; and a resource center, including office space for the urban agriculture center and the Columbia Farmers Market, will be built.

"All the food that we grow here on site in the urban farm will be donated to the food pantry, so that’s estimated about 50,000 pounds a year," Saunders said.

The site will have its official dedication ceremony on July 13, one week after the grand opening.

“Excited, terrified, all of the feelings," she said.