Young Centralia Brothers Grow Egg Business With Their Own Hands 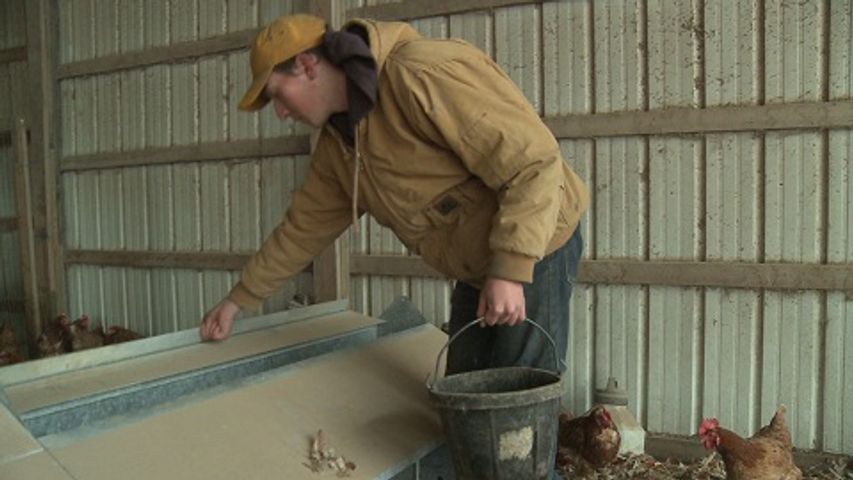 CENTRALIA - Dustin and Austin Stanton are only 20 and 16 years old, but they have become successful businessmen as egg suppliers.

Dustin Stanton's uncle bought him six chickens when he was in elementary school, and he started from there.

In 2007, the brothers started fully growing their business when a member of their church encouraged them to do it since there was a lack of eggs in the market.

However, balancing their business and school work is difficult and challenging.

"We get up at six or seven and work through the day," said Dustin Stanton. "We gather the eggs. We wash the eggs, candle, refrigerate, box and also delivery and transport the eggs to various outlets around Columbia."

Dustin Stanton is studying agricultural management at the University of Missouri. He said he enjoys what he is doing and plans to continue growing the business after graduation.

Under such a bad economic climate, he said it's important for young people to find a niche. He said everyone has different specialties and personalities, and young people need to know how to fit best in the business world.

Austin Stanton, the younger brother, said his brother has done a good job. He plans to go to college and work with his brother after graduation, too.

He said he and his brother need to deal with weather a lot since it's challenging to keep the chickens warm and cool them down during winter and summer time.

On average, the brothers have to collect 48 hundred eggs per day, but the number can hit almost 10 thousand during the busiest time.

But Austin Stanton enjoys doing his job and hopes to work his way up.

Now, the brothers have about 12,000 chickens and they plan to improve efficiency in the future.