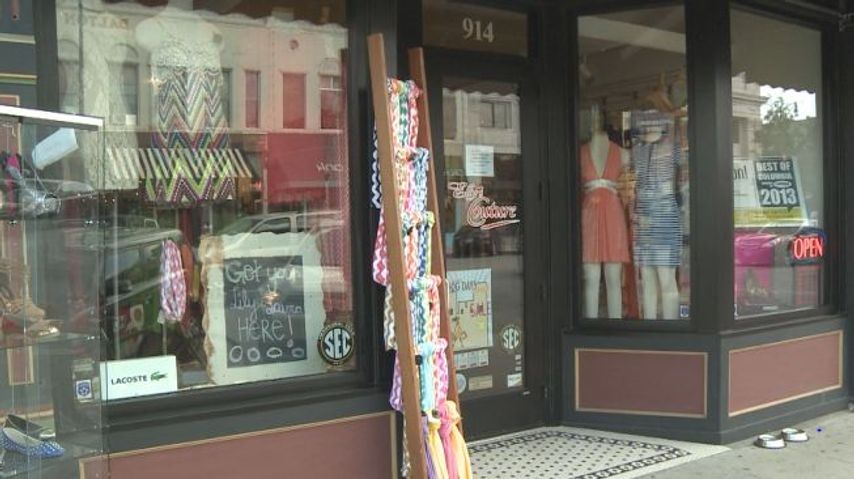 COLUMBIA - Columbia was recently voted the second best small city in America for young entrepreneurs by the readers of the website Under30CEO.com.

Matt McCormick, the President of the Columbia Chamber of Commerce, said he wasn't exactly surprised to hear the news.

"The nice thing is we have a great quality of life here so a lot of people decide they want to live here and then start opening a business," McCormick said.

Elly Bethune said when she graduated from San Francisco State University six years ago, she never expected she would own one of the top fashion stores in Columbia, Elly's Couture.

"I always worked in retail since I was 16," Bethune said. "There was so many brands in San Francisco that I thought would do great in Columbia, having grown up here."

Bethune is one of many entrepreneurs looking to grow their businesses in the city limits.

McCormick said the chamber specifically reaches out to entrepreneurs through the Emerging Professionals in Columbia, or EPIC, program.

He also said the population boom over the last five years in Columbia has been a primary attractor for new businesses in the area.

"Columbia has been very fortunate how we have weathered the storm, the recession, over the past couple years," McCormick said. "That's one of the things that businesses are always looking for."

Bethune said that allowed her to double the amount of products in her store just four years after opening it.

"We opened in October of 2006 and that was right before the everything crashed," Bethune said. "Luckily Columbia was kind of in a little bubble because we've got the universities here so that really helped us sustain business through the times that were really a lot harder on people."

Bethune said owning a store downtown is a unique environment because all of the businesses work to promote each other collectively.

"If all of the businesses flourish, it's going to benefit you too," Bethune said.