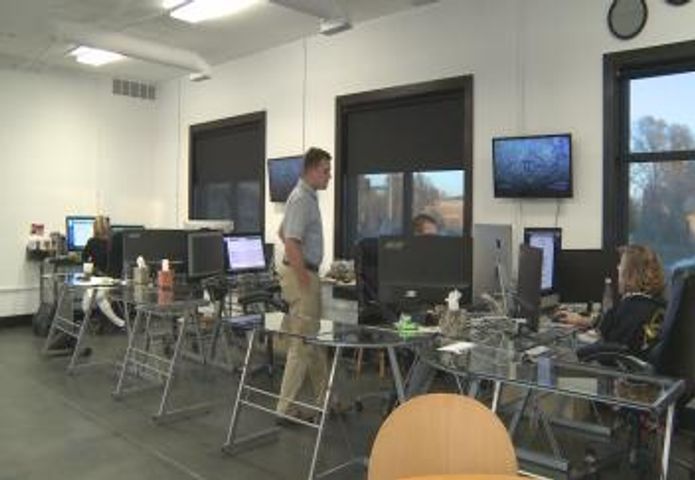 They want to be their own boss.

A study by Bentley University found 67 percent of millennials want to start their own business and only 13 percent want to climb the corporate ladder to be CEO.

Brooks said the city is helped out by the proximity of the University, providing a lot of young entrepreneurs ready to start businesses right out of school.

One such company is The Evoke Group, a design firm which opened its doors last November in Columbia.

Adam Weber, one of the three founders of the business, graduated from the University of Missouri in 2012. Weber worked for a Fortune 500 company right after graduating. However, he said after weeks of doing the same type of work, the job grew stale and he changed companies. After a quick stint with a local agency Weber and two other partners, Austin Kolb and Russell Perkins, set out to form their own company.

Weber said the rise in entrepreneurs by millennials is because how easy it is to start a business. Things which used to take weeks now takes a single day.

Also, the environment for Columbia helps startups get off the ground.

Weber said programs like REDI help businesses get on its feet.

The Evoke Group is by no means the only millenial owned company operating in Columbia. Businesses such as Hot Box, Muse, Logboat Brewery and others call Columbia home.

Weber said after starting his own business he doesn't think he could go back to the corporate world.

The recent Bentley University Survey contradicts the stereotype that millennials are lazy and not as serious as past generations.

The survey also found 51 percent of millennials said face to face meetings were their preferred way of communication.

Millennials will make up one-third of the workforce by the end of 2014, the most of any generation.