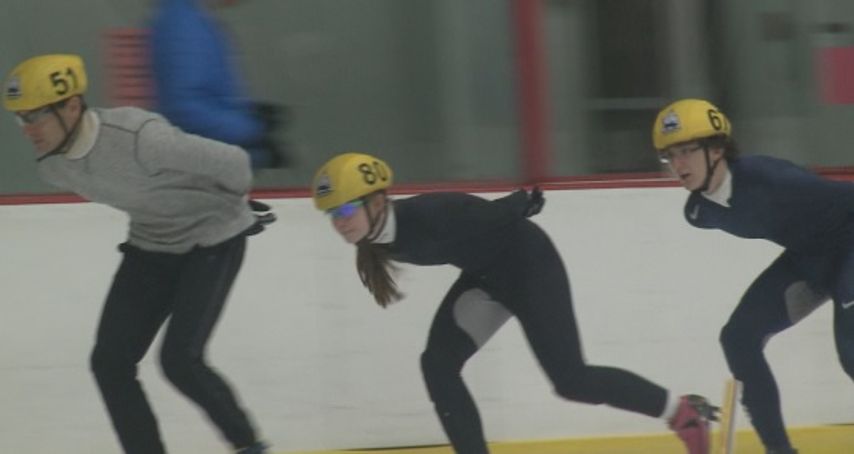 JEFFERSON CITY - Anna Quinn feels at home on the ice.

"It's my happy place I would say," she said.

Just a year after placing third at nationals, the St. Louis teenager and short track speed skater has her sights set on making the Junior World Team.

"I grew up on the rink, so I was a rink rat as they say," Quinn said. "I just started loving it and I started skating and now I do it everyday."

Anna said she also has Olympic dreams, but she is focusing on one meet at a time.

"Right now, my goal is just to make the Junior World Team which is kind of big for kids under 18," she said.

Anna's older brother, Ian, is skating in the World Cup circuit for the U.S. National Team. However, Anna's dad, Dan Quinn, prefers a seat in the stands.

"No, I can't hardly stand on the things [skates]," Dan Quinn said. "This is their sport. I wanted runners and golfers and I got skaters. You go where they take you."

Dan Quinn's children have taken him all across the country with speed skating. He said he has spent the last fifteen years carting his kids to speed skating practices, meets and camps.

"A lot of time, but a lot of time with your kids, so even if they don't go anywhere, the special part about traveling to meets is that you get one-on-one with your kids," Quinn said. "They unplug the headphones and eventually they have to talk."

Dan Quinn also works as the president for the Missouri Speedskating Association. Dan said spending the time with his kids is the special part of speed skating for him.

"You have dinners together," Quinn said. "You share hotel rooms together, so that makes it fun."

Dan said he does get a little nervous watching his kids speed around the rink.

"When they're little, it's okay, but as a parent when they get older and start going faster,  you're on the edge of your seat," he said.

However, Dan said watching his kids grow up on the ice is priceless.