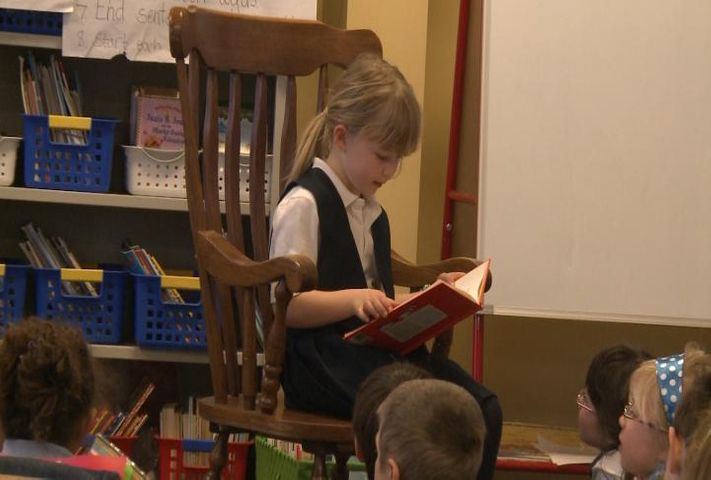 COLUMBIA - Now is the time for parents with young children to think about taking steps to get their kids enrolled in kindergarten. That was a decision Columbia mother Kalene Aslanidis was faced with for the 2014-2015 school year.

"My son Evan will be five in May. Originally we were going to send him to kindergarten but we decided to wait. It's better to be the oldest in the class than the youngest in the class, and so we're going to have him do another year of preschool," Aslanidis said.

Columbia Public Schools requires children to be five years old before August 1 to be eligible to start school this year. Children who barely meet that deadline will likely be in a classroom of peers many months older than themselves.

"Even when Evan is playing with his friends who are nine months older, there's a difference in nine months," Aslanidis said. "It doesn't seem like a lot but when you're four that's a fourth of your age, and so it makes a big difference."

Dr. Francis Huang, associate professor at the University of Missouri College of Education, says that age gap can play an enormous roll on a child's success in the classroom.

"Younger children have been shown to have higher rates of being referred to special education classes. There are more children who are identified with ADHD, and younger children tend to have lower scores on average academically," he said.

On March 3 Huang published a study claiming the youngest kindergartners in a classroom are most likely to be the ones held back at the end of the year. The study, which was done on a national level, states older children can have as much as 20 percent more life experience than their younger peers.

Huang said a child's attentiveness and eagerness to learn also contributes to the child's likelihood of retention. But Chris Sayers, the lower school director at Columbia Independent School who is also a former kindergarten teacher, read the study and said she disagrees with some points.

"The youngest students aren't always the one who are the earliest on the developmental range, in terms of academic strengths, social strengths, emotional strengths," she said.

Aslanidis' personal decision to keep Evan home for an extra year is also something Sayers and Huang don't see eye-to-eye on.

"If parents hold back their kids and wait another year, that actually worsens the problem of differential age gaps in the classroom because all the sudden the age gap now widens unnaturally," Huang said.

"I've seen a number of children being the older [ones] and I've never experienced a parent regretting that decision; they find their children are leaders in the classroom," Sayers said.

But Sayers also said teachers should pay attention to who they have in their class and the different range of maturity, and then cater to those differences. That's a something Huang agrees with.

"Teachers should continue to be sensitive to differences in the abilities of children by being able to adapt instruction, whether it be smaller groups or specialized instruction," Huang said.

When it comes to Evan, Aslanidis said she is completely comfortable with her decision to give him an extra year to develop. But she said the decision to keep him out of kindergarten doesn't mean he's not ready.

"He knows his letters, he writes his letters and he's learning his sounds. I feel like he knows a lot of what he's going to be learning in kindergarten. I think he could be fine if we send him now, but I think he'll be that much better next year."

According to Huang, the differences with age gaps tend to fade overtime. When that will happen depends on the individual child.

Columbia Public Schools will hold its Countdown to Kindergarten, which includes kindergarten registration, on Thursday from 4:30 p.m. to 6:30 p.m.